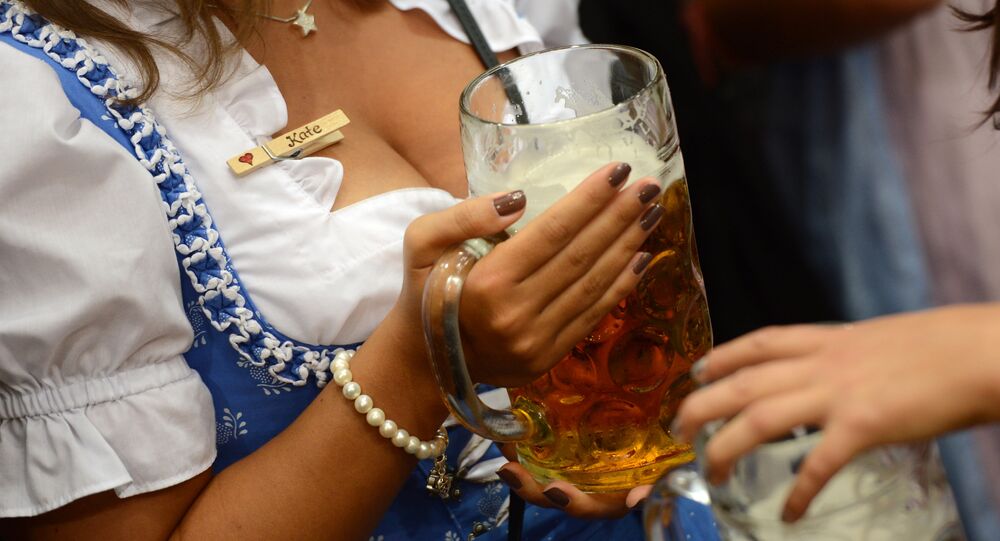 As the world's number one beer festival draws near, the streets of Bavaria will soon see an influx of not only locals, but also tourists from other countries wearing national dresses, including the famous dirndl dress, which, over the years, has become more and more revealing both in terms of bosom and the shortness of the skirt.

Prominent Bavarian residents have expressed their dissatisfaction with the "sexualization" of Bavarian national costumes. Many visitors of the world-wide famous annual beer festival dress up in traditional local attire, which include the dirndl for women and lederhosen for men, to "fit in." It turns out that some locals do not find it appropriate at all, especially considering the modern-day innovations that have been made to the female costume.

Former chairman of Munich's Georgenstoana Baierbrunn folk group Franz Thalhammer, cited by The Times, called the modern versions of the dirndl "crazy." He also slammed tourists who think that they can buy a national Bavarian dress and all of a sudden become Bavarians.

"You go in a tent and it's full of paralytic Australians and Italians and they've forked out €250 for a complete Bavarian outfit and think they're Bavarians. It's as if I'd walk around half-naked and say I'm Australian," he said.

Owner of the Carnival Store in London, Ulku Stephanides, cited by The Daily Mail, says her store has both knee-length and much shorter versions of the dirndl, which are more popular than the regular-sized dresses, as most of her customers want "to look sexy."

The Oktoberfest has kicked off on September 22 every year since 1800, when the event was established. The beer fair is a popular attraction for both tourists and locals. At least 6.2 million people visited the event last year.

For The First Time Oktoberfest Attendants Must Endure Security Checks