A Florida woman is suing a trio of local bars on behalf of her 19-year-old daughter for serving the young woman kratom tea. The mother claims her daughter suffered brain damage from drinking kratom tea at the establishments for years, but the owners say they’ve never heard of the daughter’s side-effects before.

Mary Tabar, of Pinellas County, Florida, is suing three county bars for having served her daughter, Brette, now 19, a tea made from a Southeast Asian herb that is reported to have effects that reduce both pain and anxiety, but which Mary claims caused her daughter to have "suffered psychotic episodes and hallucinations so severe that she was confined pursuant" to the Baker Act, the suit says, the Tampa Bay Times reported Wednesday. 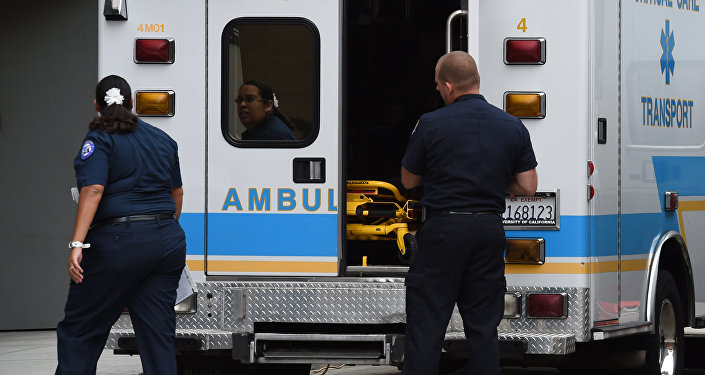 The Baker Act, also known as the Florida Mental Health Act of 1971, allows for judges, law enforcement officials, physicians or mental health professionals to involuntarily confine a mentally ill person if the person is judged to pose a danger to others or themself, or to be imminently at risk of becoming such a danger, according to the University of Florida Health.

Carpenter told the paper that the three bars in question had failed to provide Brette with adequate information about the dangerous side-effects of drinking kratom tea, an omission that made them liable for "bodily injury and resulting pain and suffering, aggravation of a pre-existing condition, mental anguish, loss of capacity for the enjoyment of life, past and future medical and nursing care expenses and treatment" and other damages, the Times reported.

However, Levi Love, who owns Mad Hatter's, one of the bars being sued, told the Times he'd never heard of someone suffering brain damage from kratom use before.

"I think it's completely unfounded. Being around people who drink kratom and use it regularly, I've never seen these symptoms or heard of them," Love said. "Never a psychotic episode and certainly not hallucinating or brain damage."

The owner denied Brette was a frequent customer of his bar, as the suit claims, and pointed out that she would have been well under-age had she been drinking tea at his establishment for four years, as her family claims, since she is 19 now and Mad Hatter's has a strict 18-and-over policy. He further indicated to the Times that when she did drink kratom tea, Brette received guidance from the staff, including warnings from the bartenders not to drink it if taking other medications.

The Mayo Clinic's website describes kratom as "an herbal extract that comes from the leaves of an evergreen tree (Mitragyna speciosa) grown in Southeast Asia. Kratom leaves can be chewed, and dry kratom can be swallowed or brewed. Kratom extract can be used to make a liquid product. The liquid form is often marketed as a treatment for muscle pain, or to suppress appetite and stop cramps and diarrhea. Kratom is also sold as a treatment for panic attacks."

© AFP 2019 / Bay Ismoyo
Beyond Opium: US Could Be 'Smuggling Uranium Out of Afghanistan'

"Kratom is believed to act on opioid receptors," the hospital center's website continues. "At low doses, kratom acts as a stimulant, making users feel more energetic. At higher doses, it reduces pain and may bring on euphoria. At very high doses, it acts as a sedative, making users quiet and perhaps sleepy. Some people who practice Asian traditional medicine consider kratom to be a substitute for opium."

In February 2016, the US Food and Drug Administration (FDA) designated kratom an opioid, with FDA Commissioner Scott Gottlieb saying in a statement, "[W]e feel confident in calling compounds found in kratom, opioids… and it's an opioid that's associated with novel risks because of the variability in how it's being formulated, sold and used recreationally and by those who are seeking to self-medicate for pain or who use kratom to treat opioid withdrawal symptoms," The Scientist reported at the time.

While the Mayo Clinic's article on kratom is subtitled "unsafe and ineffective," the world-renowned Minnesota-based hospital center doesn't mention brain damage among the possible side-effects of heavy kratom use. While it does list "seizure, coma and death" among the negative effects on the nervous system, it describes the more severe effects as being caused by high doses and when "high doses" or uses "over a long period of time" coincide with taking other medications.

Carpenter declined to comment to the Times about whether or not Brette was using any medications at the same time as her kratom use or whether she had any pre-existing conditions.

The Mayo Clinic did note that the FDA has connected 35 deaths from kratom use to salmonella poisoning — a risk with any cultivated leafy vegetable. While the FDA says it's linked kratom to 44 deaths in the US over the last nine years, it's unclear how much overlap there is between deaths caused by kratom and deaths caused by salmonella that was on the kratom when it was consumed.