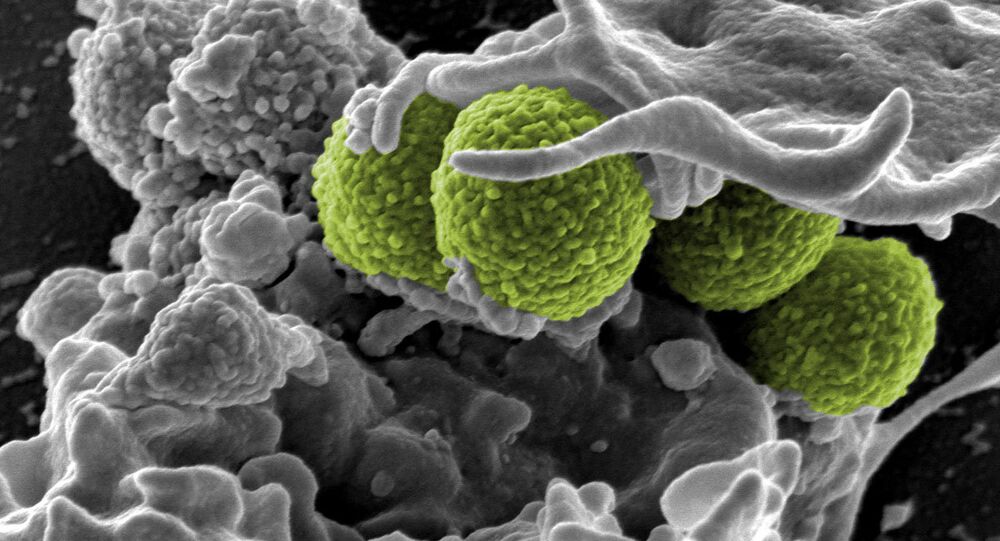 University of Melbourne researchers have discovered a superbug, resistant to all known antibiotics, which can cause “severe” infections or even death.

So far, the researchers have uncovered three variants of the bug in samples from 10 countries.

"We started with samples in Australia but did a global snapshot and found that it's in many countries and many institutions around the world," Ben Howden, director of the university's Microbiological Diagnostic Unit Public Health Laboratory, told AFP Sunday.

"It seems to have spread."

The bacteria — called Staphylococcus epidermidis — is related to Methicillin-resistant Staphylococcus (MRSA), which is caused by a type of staph bacteria that has also become resistant to many antibiotics on the market.

Staphylococcus epidermidis is part of the normal human flora and is typically found on human skin. It usually infects the elderly or people who have implanted prosthetics, including catheters and joint replacements.

"Catheters and other implanted devices are frequently impregnated with antibiotics as a strategy to prevent infection, however this approach may be promoting the development of resistance," Howden noted, according to a Monday University of Melbourne press release

The researchers, who studied Staphylococcus epidermidis specimens from 78 hospitals around the world, noticed that some strains of the bug have DNA mutations which have allowed them to become resistant to two common antibiotics used to treat such infections — rifampicin and vancomycin. The researchers' results have recently been published in the Nature Microbiology journal.

"These two antibiotics are unrelated, and you would not expect one mutation to cause both antibiotics to fail," said Jean Lee, a PhD student at Melbourne's Doherty Institute, who was also involved in the research.

The researchers believe that the superbug arose as the result of prevalent use of antibiotics in intensive care units.

Therefore, they suggest that treatment guidelines be revised.

"We know what we're currently doing is just leading to more resistance," Howden said in the University of Melbourne press release.

"So, we urgently need to think about what we should be recommending instead. There is an urgent need for an international monitoring system to understand the prevalence and impact of Staphylococcus epidermidis and to systematically measure antibiotic resistance and infections due to this pathogen."