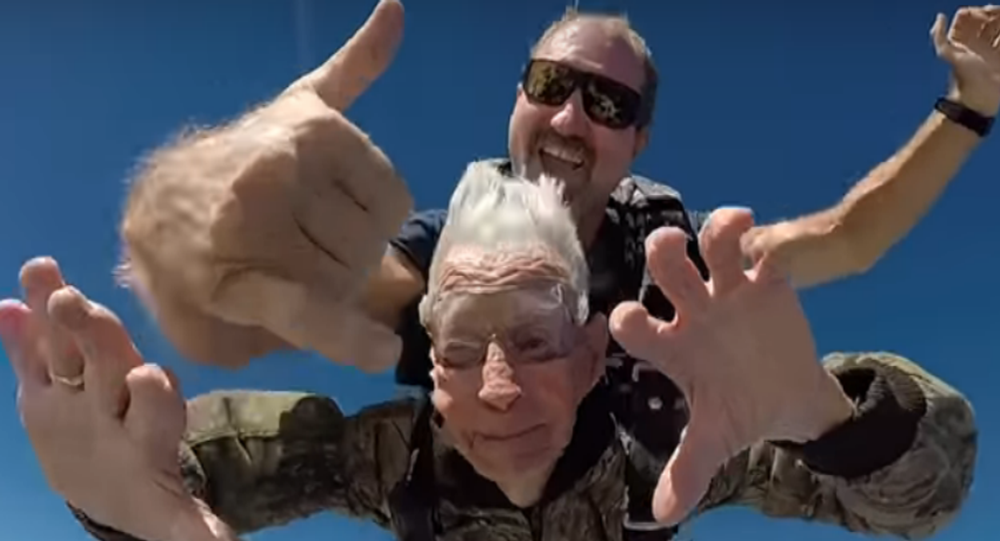 What’s the perfect way to celebrate turning 100? For former Green Beret Polito “Paul” Olivas, a 30-year US Army veteran, it was a tandem parachute jump from a plane 14,000 feet in the air.

"After you get to 100, then you turn 102; I wanted to do it before I got too old," Olivas added, Task and Purpose reported Sunday.

​"Well, I'm excited, I don't know if you call that nerves or not," Olivas said, moments before the big jump.

Luckily, Olivas, who fought through World War II and the Korean and Vietnam wars, enjoyed every second of jumping over Oahu's North Shore and landing in Dillingham Airfield, one week after turning the big 100.

"I'd do it again," he told reporters minutes after landing, Stars and Stripes reported August 30.

The veteran paratrooper has already experienced hundreds of parachute drops, including one in Normandy, France, on D-Day, June 6, 1944, when the Allied forces invaded northern France (then occupied by Germany) through beach landings during World War II. He also jumped out of planes during Operation Marketgarden in Holland, an unsuccessful Allied military operation during World War II.

This jump was a little different because it included a minute-long freefall, something Olivas had never experienced before. Apparently, it was right up his alley. Olivas had so much fun, he's already planning to come back next year.

"It was wonderful day… We'll do it again next year. Yes sir, and the year after, because remember the Guinness world record is 102, so we've got to do this on [my] 103rd birthday. Oh yeah. We gotta break that record. It's a date, it's a date," Olivas said, KITV reported August 30.

Olivas also revealed to Stars and Stripes that he enjoyed his intense Green Beret training.

"It gives you more confidence," he said. "What we learned was, if the birds eat it, we can eat it. If you're really hungry, you can catch a snake. A snake is pretty good eating if you know where to cut it."

When asked why he joined the Green Berets, he responded, "Probably, the distinction — blood and guts. When you're Airborne, you're already there. The Green Beret is a little bit higher, a little bit more meaner, more uglier."