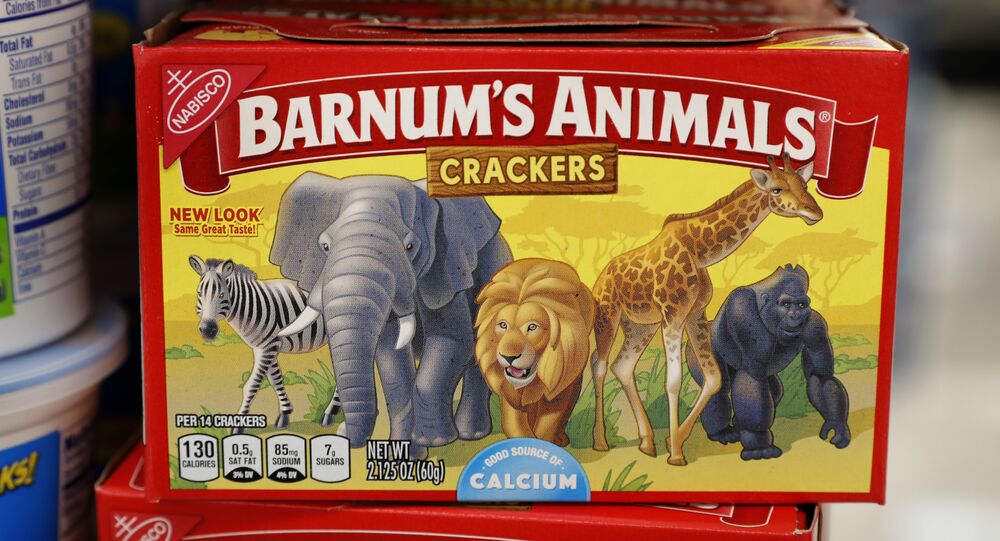 After more than a century behind bars, animal crackers are now free.

Even though it took 116 years, the packaging of Barnum's Animal Crackers no longer depict the beasts locked up in cages. Instead, the snack now pictures a zebra, an elephant, a lion, a giraffe and a gorilla roaming freely in a grassland. The new boxes, which are currently on grocery shelves across the US, still feature the classic red and yellow coloring and bold lettering.

Mondelez International, the parent company of Nabisco, which is the American manufacturer of the snack, gave the box a makeover after facing pressure from People for the Ethical Treatment of Animals (PETA), an American animal rights organization based in Norfolk, Virginia.

​PETA, which has been protesting the use of animals in circuses for more than three decades, wrote a letter to Mondelez in 2016 urging a remodel of the box.

"Given the egregious cruelty inherent in circuses that use animals and the public's swelling opposition to the exploitation of animals used for entertainment, we urge Nabisco to update its packaging in order to show animals who are free to roam in their natural habitats," PETA wrote in its letter, WNYT reported August 21.

​"When PETA reached out about Barnum's, we saw this as another great opportunity to continue to keep this brand modern and contemporary," Jason Levine, Mondelez's chief marketing officer for North America, said in a recent statement.

​"The new box for Barnum's Animals crackers perfectly reflects that our society no longer tolerates the caging and chaining of wild animals for circus shows," she recently said.

While some social media users celebrated the box makeover, some expressed disagreement with the change, while others poked fun at PETA for freeing fictional animals.

​Nabisco has been manufacturing Barnum's Animals Crackers since 1902. It has redesigned boxes in the past for limited-time special editions. In 1995, it made an endangered species collection in an effort to raise money for the World Wildlife Fund, while in 1997 it designed a zoo collection that raised money for the American Zoo and Aquarium Association. In 2010, the company collaborated with fashion designer Lilly Pulitzer to design a pastel-colored box that raised funds for tiger conservation.