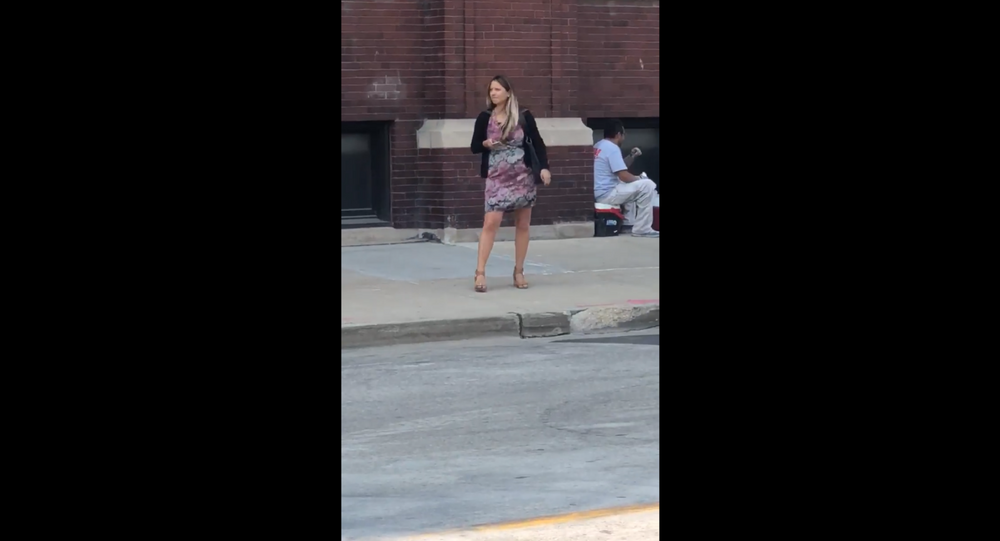 ‘Stereotyping'? Wisconsin Man Accused of Stealing His Own Vehicle (VIDEO)

Getting ready to search his car for some spare change, Corvontae Davis found himself being accused of trying to break into his own car after a fellow Wisconsin local came onto the scene and deemed him suspicious.

Davis, the owner of the vehicle in question, was actually trying to unlock his car door and get some coins for the parking meter when he was suddenly accused of being a thief. Moments after the initial confrontation, Davis pulled out his phone to record the Tuesday incident. The footage begins as the woman is on the phone with the authorities.

"This lady here is calling the cops on me because I was getting ready to put money in the meter, or whatever," Davis is heard saying in the recording. "She has nothing else better to do and asked me if I was breaking into my car."

The woman reportedly started throwing out accusations after Davis had some issues trying to open his 2016 Ford Mustang, which has keyless entry. "I hit unlock, but it wouldn't open, so I went around to the other side and opened the door after hitting unlock. And by that time, I hear this lady shouting, screaming, 'Dude, why are you breaking into that car? Whose car is that? Does it belong to you?'" he told Milwaukee news station WISN.

Davis later indicated that he was going to stay on site until the cops arrived in order to prove that he owned the car. However, once the officers arrived on the scene and verified that the car was his, the woman was gone, completely disappearing into the streets of Milwaukee.

​"Stereotyping, racial profiling. Maybe she thought the vehicle didn't belong to me, but that's why you ask questions," Davis explained told WISN. "You don't jump to conclusions."

Davis, who works as a corrections officer for the state, later told the outlet that he initially wasn't planning on sharing the video until friends encouraged him to do so. "I wasn't going to. I don't typically like to play the race card, they say, but in a matter of 24 hours it garnered more than 40,000 views, and it's still climbing, and hopefully these situations can be resolved," he said.

Although he knows it's not realistic, Davis does hope the woman reaches out and apologizes for her behavior.