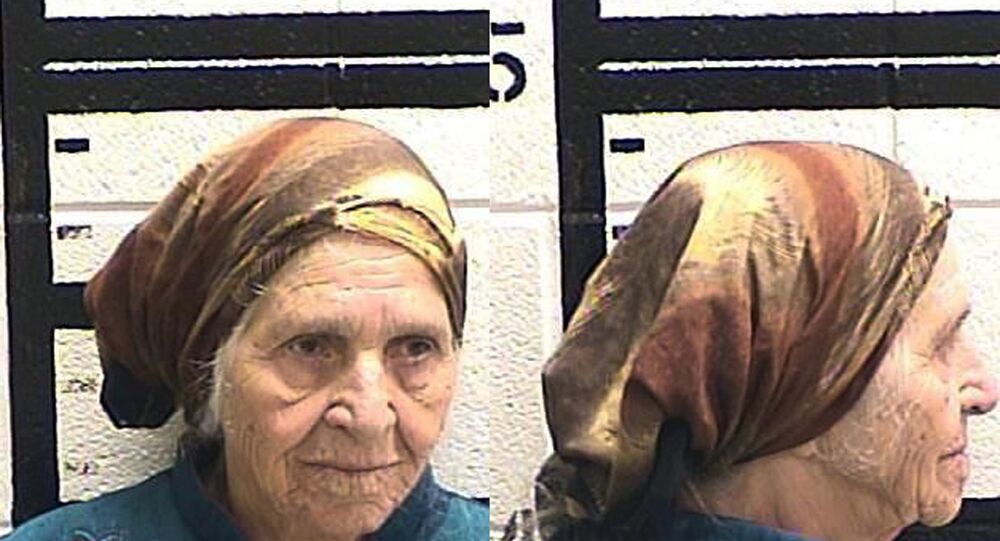 On Friday, an 87-year-old woman was shocked with a stun gun by Georgia police officers when she didn’t obey commands to drop a knife that she was using to cut dandelions.

Martha al-Bishara was charged with criminal trespass and obstructing an officer Friday after an employee of a local Boys and Girls club in Chatsworth, Georgia, called 911 to report a woman who was refusing to leave while walking with a knife outside.

"She's old, so she can't get around too well… Looks like she's walking around looking for something, like, vegetation to cut down or something. There's a bag, too," the unidentified employee said in the 911 recording.

When officers responded to the call, al-Bishara didn't follow commands to drop her knife.

Chatsworth Police Chief Josh Etheridge told the Daily Citizen-News of Dalton Monday that he even tried to demonstrate his commands by taking his own pocket knife and tossing it onto the ground. Police eventually held Al-Bishara at gunpoint and used a stun gun to bring her to the ground.

"An 87-year-old woman with a knife still has the ability to hurt an officer," Etheridge told the Daily Citizen-News of Dalton Monday.

However, according to her relatives, al-Bishara doesn't speak English and was just outside cutting dandelions with a kitchen knife.

"There was no anger, there was no malice in this," Etheridge said. "In my opinion, it was the lowest use of force we could have used to simply stop that threat at the time."

According to al-Bishara's family members, the officers should not have resorted to violence so quickly.

Al-Bishara spent about two hours at the Murray county jail before she was released Friday. However, according to her family, she is still having trouble sleeping and is nervous about venturing outside.

"She is okay," said Martha Douhne, a great-granddaughter. "She is still repeating the incident over in her mind and telling us she didn't mean for this to happen and apologizing that she didn't want to bring this on us. She is having trouble sleeping and is stressed."

Etheridge said the police department is carrying out an internal use-of-force review.