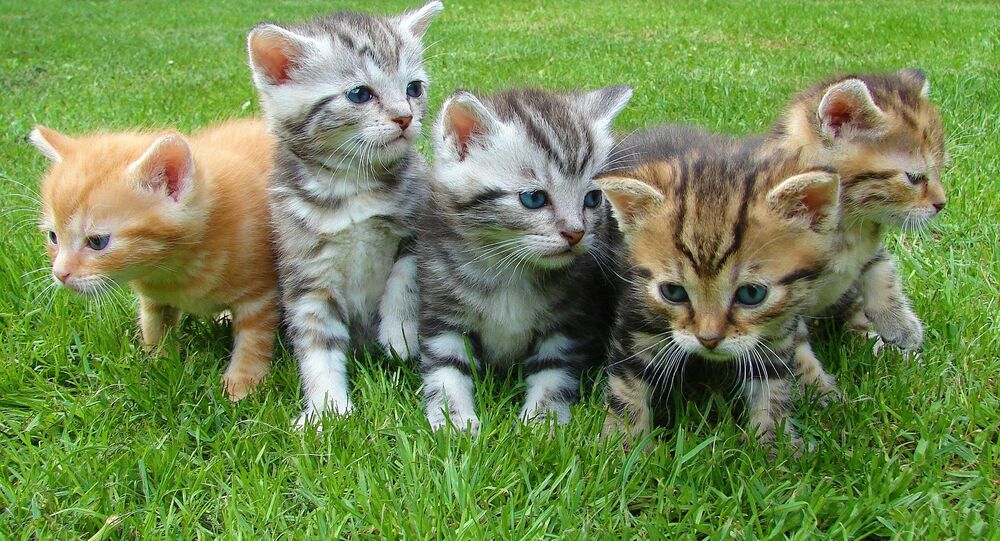 ‘Don't Ask Me to Do That’: Shelter Workers Say They Were Told to Freeze Kittens

Indiana cops are currently investigating a case of animal abuse after several former employees at a shelter revealed that the organization euthanizes kittens by freezing them alive.

According to several former employees of the Spencer County Animal Shelter in Chrisney, Indiana, they were asked on multiple occasions to kill kittens by freezing them.

One ex-employee, Bridgett Woodson, told local media outlets she was asked to participate in the gruesome killings twice during the three and a half months she worked at the shelter, with the most recent incident on July 31.

"The first time I was given an option to either just put it in a bag and put it in the freezer with no sedation, nothing — because I'm not a vet, I don't have the license to be able to do that," Woodson told WEHT, the news outlet reported Monday. The employee said she was given these instructors by Spencer County Animal Control Officer Christina Payne.

"The second time I was not given the option, and I was just told to go ahead and put it in the freezer," she said. "I mean, this cat was still up and moving and I had told her, and I still got the same response. I refused both times, and the second time I took it upon myself to call the vet myself, to get the kitten there and I told her if money is the problem, you can go ahead and bill me," she added.

Woodson shared a screenshot of a text message she sent to the animal control officer with the Courier & Press.

"Hey. I took the cat to the vet and had it put down," Woodson's text message read. "You can take the cost out of my paycheck if that's a problem. I will not be putting live animals in the freezer if there's another option available, please don't ask me to do that again."

Payne allegedly responded: "That's fine but so you know, the freezer option is no less humane. It's fine though Bridge. I'm here for my employees. Always."

When asked by the Courier & Press reports why she quit her job at the shelter and decided to publicly disclose the alleged abuse, Woodson said, "I had to do something."

"I'm super concerned about the animals. If this is deemed as acceptable and no one is held accountable, what else will start to slip through the cracks?" she added.
Calls to the shelter by Sputnik were unanswered. In addition, the shelter's Facebook page has been deleted.

Spencer County Sheriff's Office Detective Chris King, who is managing the case, recently told WEHT that several witnesses have accused the shelter of the same behavior after Woodson first came forward. According to one witness, one freezer killing caused the deaths of four kittens simultaneously.

The investigation will likely be taken over by the Indiana State Police to prevent any conflicts of interest.

According to the American Veterinary Medical Association Guidelines for the Euthanasia of Animals, the "slow chilling or freezing of unanesthetized animals" is an unacceptable method of euthanasia.