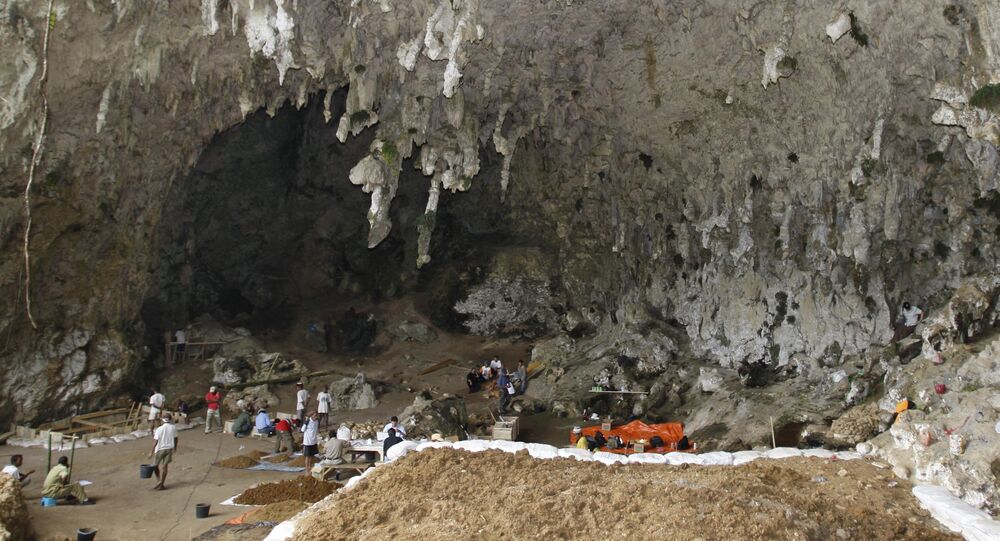 The Earth is nothing like Middle-earth, scientists say, as today's pygmies apparently have no ancestors from the extinct "hobbits" that inhabited the same island thousands of years ago.

The Indonesian island of Flores is home to pygmy humans, whose average height is akin to that of a small-statured species of ancient human. But around 50,000 years ago, it was inhabited by a hominid relative, Homo floresiensis. These now-extinct tiny humans measured around a meter tall, and were nicknamed "hobbits" in reference to Tolkien's The Lord of The Rings saga.

Researchers tried to detect any genetic links between the two human species that settled on the Indonesian island of Flores in different epochs, but the study has found that the modern-day pygmies are in fact unrelated to "hobbits."

As scientists failed to recover DNA from the remains of "hobbits", they tested modern DNA for links to archaic humans such as Neanderthal and Denisovans. According to Serena Tucci of Princeton University, the present-day pygmies have "a lot of Neanderthal" and "a little bit of Denisovan" but no chromosomal "chunks" of unknown origins, which means that there has been no gene flow from the "hobbit" into modern people.

The finding made scientists believe that the Flores pygmies, who had a common ancestor with Europeans, became short by natural selection, possibly due to the shortage of food on Flores.

The remains of a hominid who measured about 1.1 m in height were discovered on Flores in 2003, making some scientists suggest that this human relative was the ancestors of the pygmies that are now living on the island.

Should Trump Be Likened to a Little Hobbit?

Welcome to the Hobbit Hole