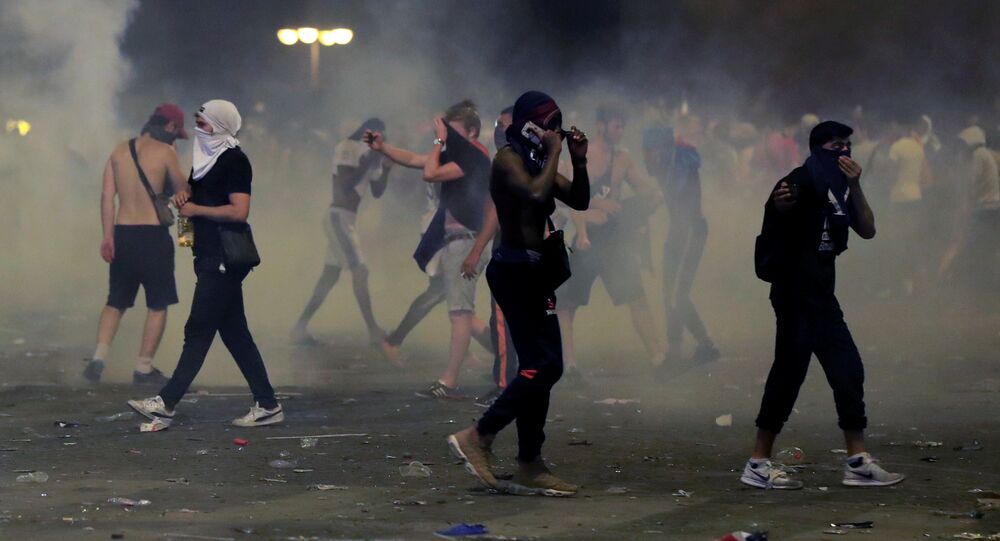 On Wednesday, Paris’ police chief urged women who were sexually assaulted after France’s World Cup win to report their cases to the police after many women shared such stories on social media.

"These cases must be brought to our attention so that investigations can be carried out," Paris police chief Michel Delpuech said on Europe 1 radio Wednesday.

"Our services will obviously pursue any aggressors without fail if they are identified," he added.

"A man forcibly kisses a woman during the World Cup parties, that's sexual assault that is punishable by the law," she wrote on Twitter in French Tuesday.

​Following France's 4-2 win over Croatia on Sunday, celebrations erupted as people flooded bars and cafes across France. However, multiple women posted their experiences on social media with the #MeTooFoot hashtag — which is the #MeToo hashtag plus Football — saying they had their genitals and buttocks groped by men and were kissed by men against their will during the celebrations.

One Twitter user, who goes by the name Kateya, gathered several sexual assault stories from other women and shared them all on her own Twitter account.

​"I'll let you observe the horrible evening that masculine sensitivity caused to too many women last night," she wrote in French on Twitter Monday.

"Thanks to the guy who will surely ruin my thoughts for a long time, who took the opportunity to fondle my vagina and my buttocks while I was semi-conscious on the Champs-Elysees. I feel bad, very bad," one woman recently posted on Twitter.

​"A drunk guy just put his hand on my arse and tried to kiss me. I pushed him away and he grabbed me by the neck and said: ‘It's the victory, what were you expecting?'" another woman wrote.

On Sunday night, French police arrested 300 people in France, but it is unknown whether any of those arrests were for sexual assault offenses, the Local Fr reported Tuesday.

​The #MeToo movement has spread like wildfire since the October revelations of widespread sexual misconduct accusations against powerful film producer and executive Harvey Weinstein. The phrase, long used by social activist Tarana Burke, rapidly gained popularity when Alyssa Milano tweeted it in October to encourage women to publicize their experiences of sexual misconduct in an effort to demonstrate its prevalence in today's society.