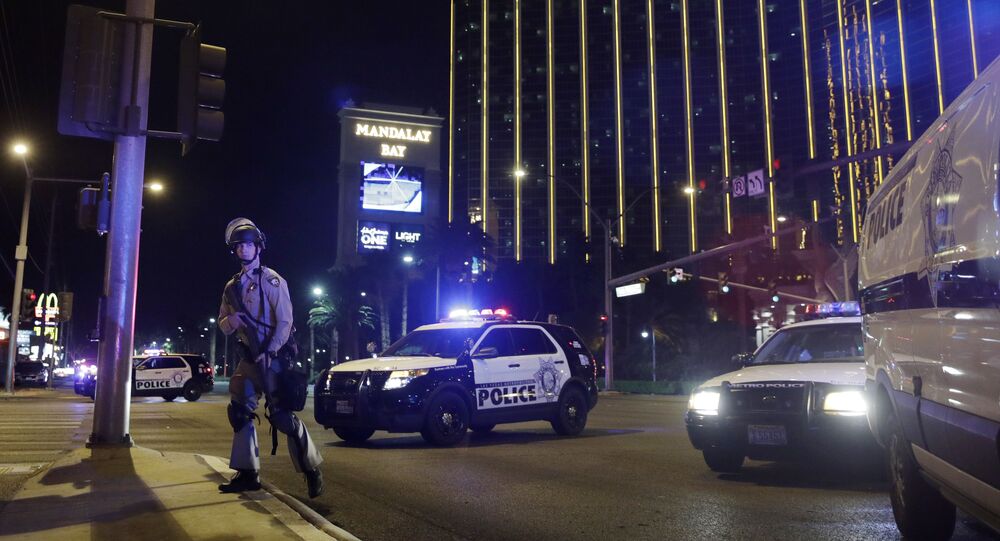 In the complaints filed Friday in Nevada and California, the company, which owns both the Mandalay Bay hotel and the Route 91 Harvest Festival venue, says that it has faced a barrage of lawsuits over the shooting and claims that it cannot be liable for the mass shooting deaths. October 1, 2017, Stephen Paddock allegedly opened fire from his room at the Mandalay Bay Hotel toward a crowd attending a country music concert at Route 91, killing 58 people and wounding more than 500.

According to the complaints, "plaintiffs have no liability of any kind to defendants," the Las Vegas Review-Journal reported Monday.

The company is not seeking money from victims, but is instead citing a federal law in hopes that the courts will protect it from any civil lawsuits filed by victims over what was the deadliest mass shooting in US history.

According to MGM, the US Safety Act — a 2002 federal act that offers liability protection to any company that employs "anti-terrorism" technology or services to "help prevent and respond to mass violence" — applies in this case, because the company contracted security firm CSC for the concert.

The US Safety Act was passed after the September 11, 2001, attacks and defines terrorism as any unlawful act that occurs inside the US and causes "mass destruction, injury or other loss." However, the FBI has yet to declare the Las Vegas mass shooting an act of terror, because the gunman's motive is still unclear.

Nonetheless, because CSC was approved by the US Department of Homeland Security, MGM is thus released from liability, the company argues, USA Today reported Monday.

"The unforeseeable events of October 1 affected thousands of people in Las Vegas and throughout North America," MGM spokesperson Debra DeShong said in a Monday statement.

"From the day of this tragedy, we have focused on the recovery of those impacted by the despicable act of one evil individual," the statement continues.

"The Federal Court is an appropriate venue for these cases and provides those affected with the opportunity for a timely resolution. Years of drawn out litigation and hearings are not in the best interests of victims, the community and those still healing," the statement added.

According to Las Vegas attorney Robert Eglet, who has represented multiple victims of the shooting, MGM's litigation is "outrageous."

Eglet noted that MGM is a Nevada company, so any lawsuits involving it should occur in a state court. He called the entertainment giant's decision to instead file complaints in federal court a "blatant display of judge shopping" that "quite frankly verges on unethical," the Las Vegas Review-Journal reported Monday.

"I've never seen a more outrageous thing, where they sue the victims in an effort to find a judge they like," he said. "It's just really sad that they would stoop to this level."