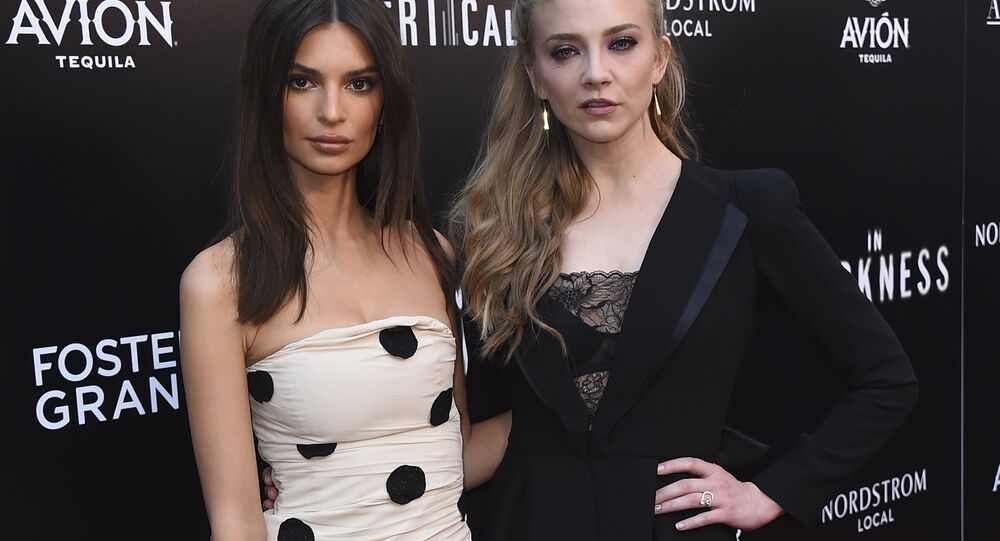 American model and actress Emily Ratajkowski has hit out at the modern film industry.

In an interview with an American online platform, the 27-year-old said that movies place little emphasis on women.

"I feel that there is some female narrative, but a lot of them aren't actually true stories about women. They're just man stories with a woman in it. I think finding the right projects that really get me excited. And I don't mean the big studio movies with this director or that director, but things that are fun. It's a group project, basically. I want to find good groups to make stuff with."

The starlet with over 18 million followers on Instagram has appeared in the drama Gone Girl, released in 2014. Her latest acting work is featured in a 2018 thriller In Darkness, alongside another female protagonist Natalie Dormer, known for her role in popular TV series Game of Thrones.

While Ratajkowski searches for more roles with a real female narrative, a film she starred in has been criticized for being offensive to women. The comedy I Feel Pretty featured Ratajkowski  as a model idealized for her looks, while the main character, played by Amy Schumer, had to suffer a concussion in order to acquire confidence.

I Feel Pretty Is as Offensive and Infuriating as We Thought It'd Be https://t.co/DZHxBg1LUV

The subject of female empowerment has been center of attention, following the high-profile sex scandal involving former movie mogul Harvey Weinstein, charged with rape and sexual assault. If convicted, he could face up to 54 years in jail.

From Monroe to Kardashian: How Beauty Standards Changed Throughout History