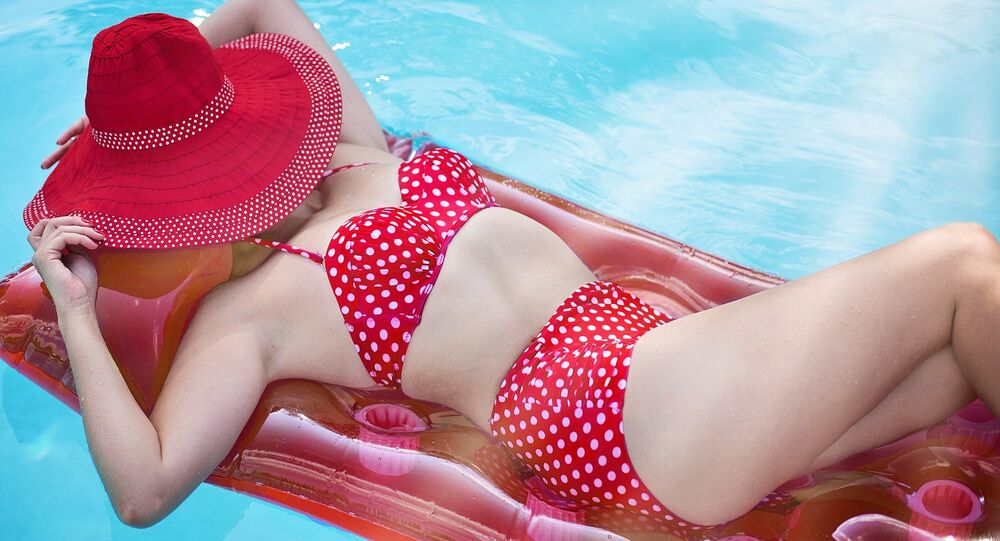 Curvy women with large assets can now enjoy their summer to the max as a lingerie brand has launched pool floats with extra large cup holders for ladies to lie down and relax on their tummies.

The company Bravissimo has come up with a breast solution for women who have previously expressed dismay at not being able to float around on a water lilo.

Water lilo is an air mattress used to float around on water. Due to its buoyancy it is sometimes referred to as water toy.

Initially intended as an April Fool’s joke, Bravissimo highlighted the issue of women complaining, saying that they would be releasing a boob-friendly pool float.

However, the lingerie company’s idea received such a large and positive response that the company decided to actually put the idea into production.

​The fantastic product has “cup holders” under the head rest which allows voluptuous women to lie on their front, instead of having to sunbathe on their backs.

After the lilo was launched a Bravissimo spokesperson revealed that there has been a lot of hype around the item.

“We had such a fantastic reaction to the April Fool’s that we thought we would see if it was possible to turn it around in time for summer. We absolutely love when we can provide something for big-boobed women that isn’t available anywhere else, and we thought this would be a really fun thing to have for holidays!” the spokesperson for Bravissimo told publication Metro.

​Many women fans are elated at having such a product, with some calling for mattresses to feature the same smart design.

Shine Bright Like a Diamond: Glitter Boobs Season Opens in US (PHOTO, VIDEO)