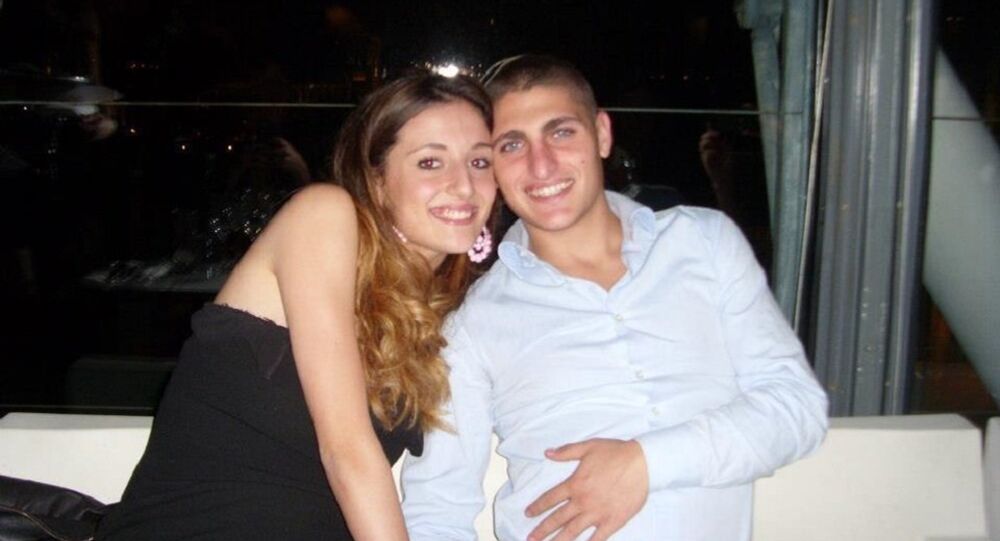 Italian football star Marco Verratti and his stunning girlfriend may soon be packing their bags for Old Trafford if he gets transferred to Manchester United.

The PSG midfielder was recently praised for being a vital part of the winning French side and now rumor has it that Verratti could replace Paul Pogba for Man U.

If that happens then Verratti’s attractive girlfriend Laura Zazzara could soon be seen in Manchester.

The couple has been together since the tender age of 16 and has a child together.

© AP Photo / Daniel Ochoa de Olza
Ronaldo Reportedly Sets His Heart on Reunion With Manchester United, Mourinho
Verratti isn’t the sort to be seen partying with other football mates in clubs, as he describes himself more of a family man.

“I made a choice of life, that of starting a family. I love spending time with my family. Staying in at night, watching a film with my girlfriend and son is worth 100 times more than a nice evening in a nightclub,” the publication reported.

Now the manager is looking for a bid of between £75m-100 million for the Italian football star.