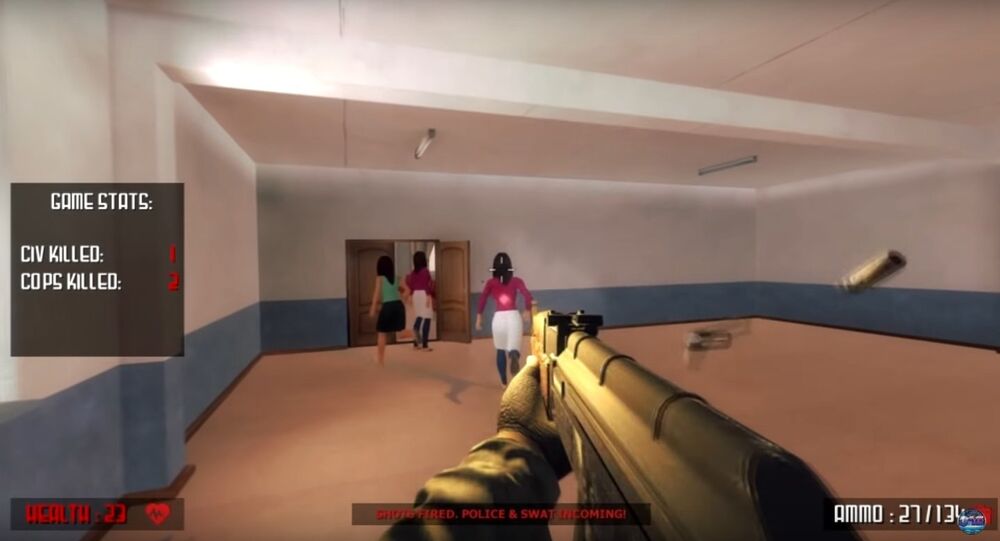 A man who claims to be the creator of a controversial game, which reportedly allows players to stage virtual school shooting sprees, has revealed that his intent was to make people pause and think, rather than gratify violence.

"During the initial stages of development, only two roles were available to the player: a SWAT team operator and a civilian. Later, as I continued working on the game I decided to make it more meaningful, to give players more food for thought," he said.

According to Makarevsky, this is why he introduced the “shooter” as a playable character, but apparently not everyone understood his motives, as the game originally wasn’t intended for a broad audience.

"The game is just a shell, what really important is its content. It requires a bit of analysis and an ability to perceive. I just want people to think," he said, adding that the game was set in a school purely because of convenience in terms of level design.

Commenting on the media’s criticism of his creation, Makarevsky said that he actually enjoys constructive criticism, pointing out, however, that the media generally didn’t bother to carry out proper research before setting upon his game.

"Most media outlets immediately started attacking Active Shooter, often practically copy pasting each other’s articles. There were never any children characters in the game, but few bothered to determine this fact. I didn’t care about criticism, but I was concerned about the truth that kept eluding people," he explained.

He added that video games don’t promote violence by themselves, and that he intends to release Action Shooter no matter what.

"There are people who want to play the game. There are those who constantly make new suggestions and want to discuss it. People constantly send me messages of support. What else would a happy game developer need?"

Action Shooter is a 3D video game that allows players to choose between the roles of a SWAT team member responding to a shooting location or a shooter trying to murder civilians; the “civilian” version of the game also allows the player to become an innocent bystander who merely tries to survive the shootout.

The game’s premise apparently did not sit well with the public in light of the recent shooting sprees in US schools.

The game was initially released on the Steam digital distribution platform but was promptly removed following a severe public backlash, with a petition on change.org to take down the game accruing over 200,000 signatures.