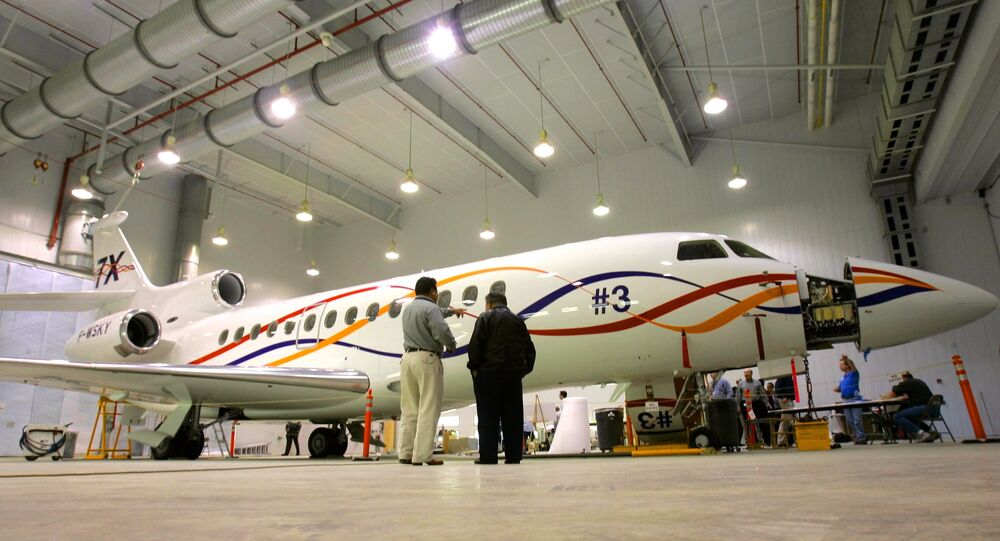 Coach is Full of ‘Demons’: US Televangelist Wants $54 Million for New Jet

A Louisiana-based televangelist and prosperity minister asked his followers to donate money for a $54 million jet so that he can “go anywhere in the world in one stop.”

In a video posted to his ministry's website last week, Jesse Duplantis, who is based in Destrehan, Louisiana, announced that the Jesse Duplantis Ministry has already paid for his three private jets in cash.

Duplantis is now asking for money to pay for a Dassault Falcon 7X, a large-cabin business jet manufactured by Dassault Aviation that contains three engines and can carry 12 to 16 passengers. With the $54 million jet, he won't have to make multiple stops to refuel — an issue he reportedly faced with his previous jets.

"Now people say, 'My Lord, can't you go with this one?'" Duplantis asked in the video, pointing to a framed photo of his current Falcon 50 jet. "Yes, but I can't go in one stop. If I can do it in one stop, I can fly it for a lot cheaper, because I have my own fuel farm, and that's what's a blessing of the Lord."

"I really believe if Jesus was physically on the Earth today, he wouldn't be riding a donkey," Duplantis says in the video. "He'd be in an airplane preaching the gospel all over the world."

Duplantis and Copeland defended their use of private jets in 2015. On Copeland's television program, the two argued that commercial planes were full of "a bunch of demons" that would interfere with their busy schedules of prayer requests, the Washington Times reported.

"That's why we are on that airplane. We can talk to God," Copeland said at the time. "Now, Oral Roberts [an American Christian televangelist who died in 2009] used to fly airlines. But, even back then it got to the place where it was agitating his spirit. People coming up to him, he had become famous, and they wanted him to pray for them and all that. You can't, you can't manage that today. This dope-filled world — and get in a long tube with a bunch of demons. And it's deadly."

Not Christian Enough for Christian Union? Merkel Faces Coup Within Her Party