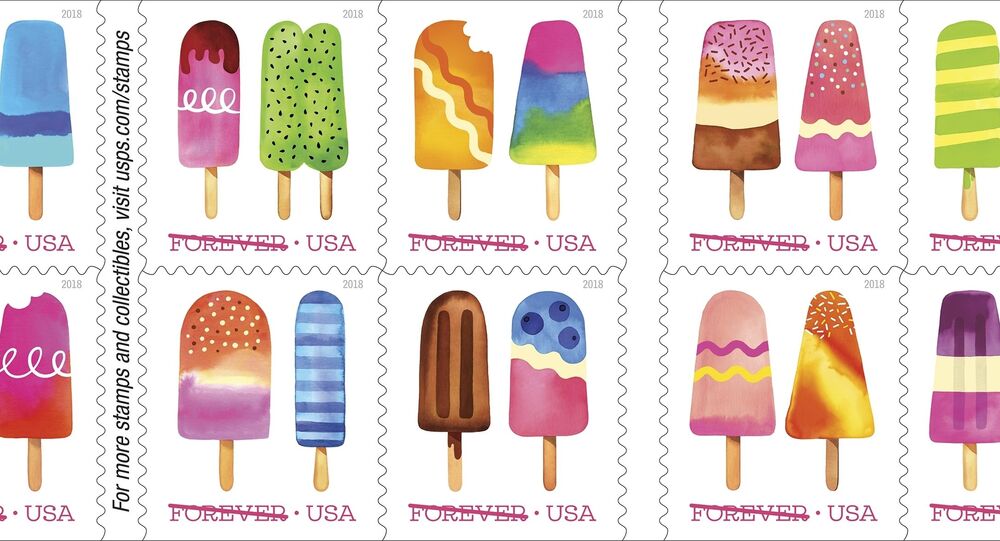 Who doesn’t love the sweet, sugary, smell of summer?

On June 20, the US Postal Service (USPS) will introduce "Frozen Treats," its first ever scratch-and-sniff stamps in a variety of frosty ice treat shapes and flavors.

The new stamps will feature colorful popsicles on sticks, including flavors like kiwi, watermelon, blueberry, and strawberry; plus chocolate, root beer and cola ice cream.

According to the mail service's website, "the booklet of 20 scratch-and-sniff stamps showcases Margaret Berg's whimsical watercolor illustrations of ten different designs. The stamps are printed with a coating that evokes a sweet, summer scent."

Berg, who had only recently emigrated to the US from South Africa when she created her charming pictures, noted that she became an American citizen during the process, according to the New York Times.

Sheets of the smelly stamps are available for pre-order on the USPS website for $10 each.

The drawings on the stamps, by Berg, were incorporated into a design created by USPS art director Antonio Alcalá and designer Leslie Badani.

The technology behind scratch-and-sniff material has existed for decades but has only recently reemerged as a popular promotional gambit, showing up in children's books, clothing, album music covers and video games, according to Nytimes.com.

Roaring Mail: Parcel With Tiger Cub Inside Detected in Mexico