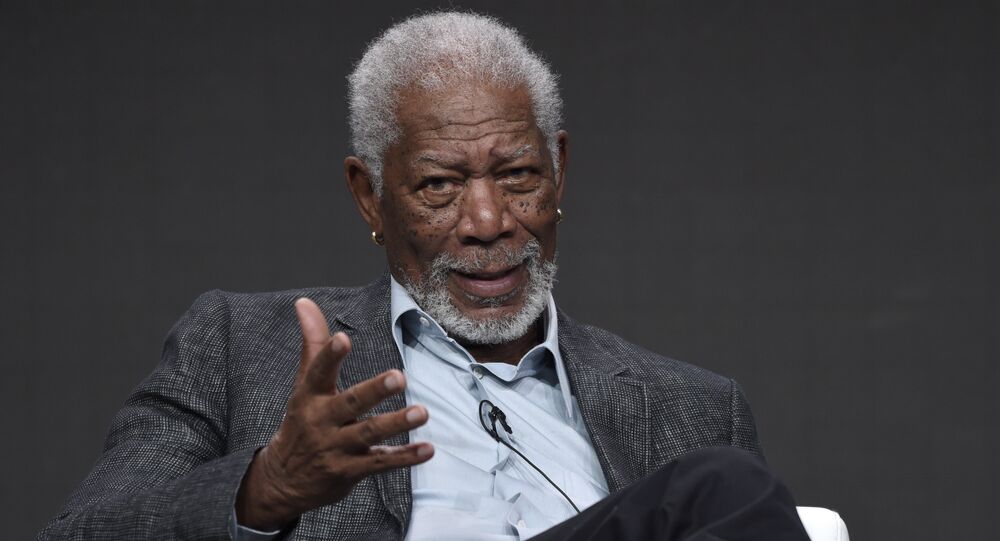 After a wave of high-profile sex scandals involving politicians and celebrities swept around the world, the hype seemed to have calmed down; however, a new case of alleged sexual misconduct proves the contrary.

According to an investigation conducted by CNN, eight women have reported US movie star Morgan Freeman for either inappropriate behavior or sexual harassment. Among the allegations are unwanted touching and comments about women's bodies and clothing.

READ MORE: Not Lovin’ It: McDonald’s Sued by US Employees Over Workplace Sexual Harassment

One of the women, who worked with Freeman on a movie, told CNN that he was looking at her breasts. She also claimed that while taking a group photo the actor "pressed himself up" against her, which was regarded as "inappropriate" by the woman.

© AP Photo / Karly Domb Sadof
Bangkok Awakes to Sex Harassment Backlash as #DontTellMeHowtoDress Goes Viral
Another female, who was working with the Hollywood movie star in 2017, said that Freeman once tried to lift up her skirt, while asking her if she was wearing underwear, though he never managed to do it.

Internet users have taken to social media to express their astonishment and sometimes even anger, stressing that there is no evidence to substantiate the claims.

Hey guys! Here's a really wild idea, but how about not placing any bad judgement on Morgan Freeman just based on allegations, and wait for actual EVIDENCE before doing so. I know in this day and age it's clearly hard not to be a complete moron about these things, but don't just

Not Lovin’ It: McDonald’s Sued by US Employees Over Workplace Sexual Harassment