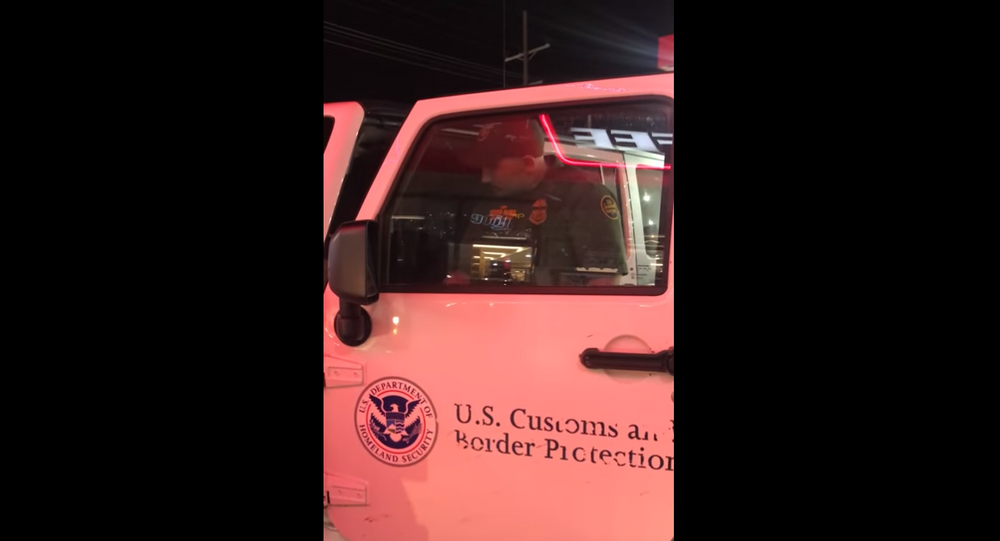 Two US citizens were detained and questioned by a US Customs and Border Protection officer last week, simply because the officer overheard them speaking Spanish at a northern Montana gas station.

According to reports, Ana Suda and Mimi Hernandez, who are both Mexican-American, went to a convenience store in Havre, Montana, around midnight last Wednesday to pick up milk and eggs. According to Suda, they were waiting in line to pay when they were stopped by a uniformed agent, who asked them for identification.

​"We were just talking, and then I was going to pay," Suda told the Washington Post. "I looked up [and saw the agent], and then after that, he just requested my ID. I looked at him like, ‘Are you serious?' He's like, ‘Yeah, very serious.'"

Suda started recording the incident on her cellphone when the conversation moved to the parking lot.

In the video, Suda asks the agent, who identifies himself as "Agent O'Neal," why he is detaining them. He responds that it's because they were speaking in Spanish.

"Ma'am, the reason I asked you for your ID is because I came in here, and I saw that you guys are speaking Spanish, which is very unheard of up here," the agent is heard saying in the video, which was uploaded online.

Suda asks the officer if she and Hernandez were being racially profiled, to which he responds that profiling has "nothing to do" with it.

"It has to do with you guys speaking Spanish in the store, in a state where it's predominantly English-speaking," the agent said. "It's not illegal [to speak Spanish in Montana]. It's very unheard of over here," the officer adds.

According to the Suda, the border patrol agent questioned them for 40 minutes.

"I was so embarrassed… being outside in the gas station, and everybody's looking at you like you're doing something wrong. I don't think speaking Spanish is something criminal, you know?" Suda told the Washington Post. "My friend, she started crying. She didn't stop crying in the truck. And I told her, we are not doing anything wrong."

A US Customs and Border Protection representative told the Washington Post in a statement this week that the agency is investigating the incident.

"US Customs and Border Protection agents and officers are committed to treating everyone with professionalism, dignity and respect while enforcing the laws of the United States," the agency said in a recent statement.

"Although most Border Patrol work is conducted in the immediate border area, agents have broad law enforcement authorities and are not limited to a specific geography within the United States. They have the authority to question individuals, make arrests, and take and consider evidence," the statement adds.

Suda told the Washington Post that she is planning on taking legal action against the Border Patrol and contacting the American Civil Liberties Union.

"I just don't want this to happen anymore," Suda told the Post. "I want people to know they have the right to speak whatever language they want. I think that's the most important part, to help somebody else."