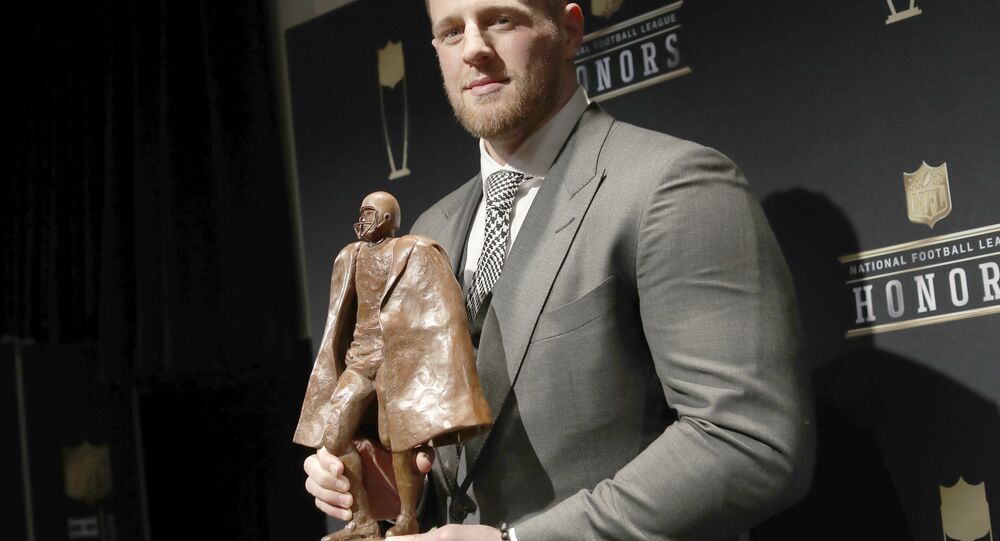 On Friday, the Houston Texans, a professional American football team based in Houston, confirmed that their star defensive end J.J. Watt will pay for the funerals of all of the victims of the Santa, Fe, Texas, high school shooting earlier that day that killed 10 and injured 10 more.

On Friday, Texas Governor Greg Abbott called the shooting "one of the most heinous attacks that we've ever seen in the history of Texas schools."

Watt, an active participant in Houston community following his 2011 draft, has worked tirelessly to share his financial success with those in need, including raising over $37 million for disaster relief following Hurricane Harvey in August 2017.

The star player received the NFL's 2018 Walter Payton Man of the Year Award in February for his charitable outreach in Houston and the surrounding region.

The Texas shooting devastated the local community. Law enforcement officials identified their primary suspect as 17-year-old Dimitrios Pagourtzis, who is being held without bond on capital murder charges, according to Galveston County Sheriff Henry Trochesset. On Friday evening, Pagourtzis was arraigned on capital murder charges, and was denied bail.

According to CNN affiliate KTRK, the gunman walked into an art class and began shooting what appeared to be a pump-action shotgun. The Texas governor confirmed that the shooter had a shotgun and a.38 revolver, both of which were legally obtained by his father.

Governor Abbott also confirmed that explosive devices were found in the shooter's house and vehicle, including a Molotov cocktail and a carbon dioxide explosive device. Ensuring the safety of investigators means searching premises with these devices must proceed slowly, he said.

The governor revealed that the shooter had turned himself in, despite having written in journals about wanting to commit suicide. He ultimately didn't have the courage to take his own life, Abbott remarked.

The incident in Sante Fe, Texas, is the most recent in a series of deadly shootings at US schools, including a massacre at a high school in southern Florida in February in which a former student killed 17 with an assault rifle that was purchased legally.

Are US Marines Shooting Kamikaze Drones the Future of Artillery Warfare?