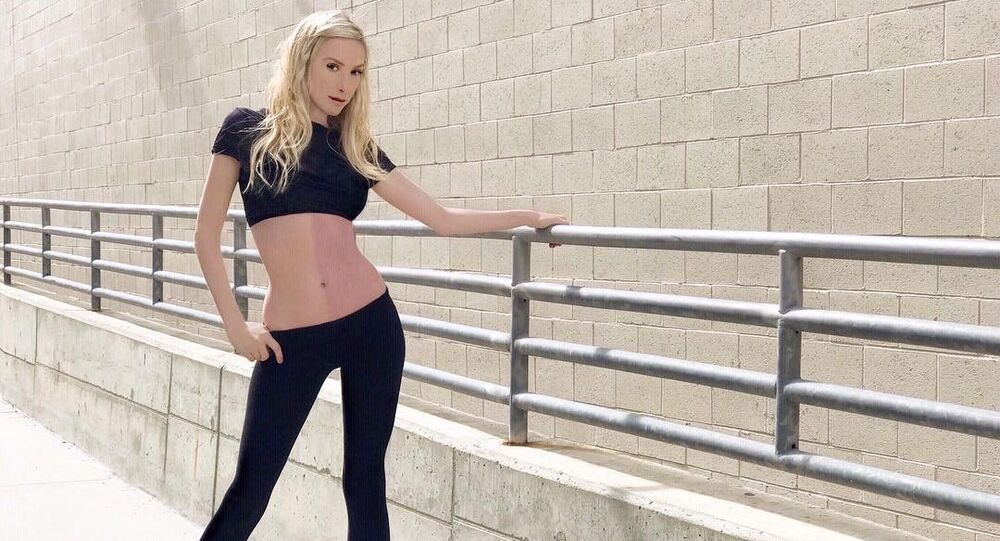 Californian girl Taylor Muhl has become a model, despite the fact that throughout her whole life she has been embarrassed by a huge birthmark on her torso, the result of a rare genetic disorder.

Since birth, the right side of Muhl's abdomen was much darker in color than the left one and the girl had also suffered from numerous immunity issues.

She was very shy about the feature and always wore clothes that covered her stomach. Once she even tried to remove the mark with a laser procedure but was unable to bear the pain.

As Muhl reached adulthood, doctors diagnosed her with chimerism — a rare genetic disorder in which the body contains two sets of DNA, each with the genetic code to make a separate person.

​The rare condition can happen during fetal development; in Muhl's case, she had a fraternal twin that she absorbed in the womb, according to People magazine.

​Muhl’s mother gave birth at home and had not done an ultrasound, so she did not know that she was originally pregnant with twins. As she said, in childhood the model would ask to buy the same clothes as her best friend and was often asked if they were twins.

Her chimerism has also led to an autoimmune condition, because her body sees her twin's DNA as "foreign" and reacts to it. She has a number of allergies to foods, medications, supplements, jewelry and insect bites.

​However, after her diagnosis, Muhl said that she felt relieved to finally know what was different about her. She decided not to hide her mark anymore in order to raise awareness of the condition.

“I used to ask photographers to remove my birthmark when processing the image, but now I feel more confident. I want everyone to know that it does not matter if you are not like everyone because of a disease, there is a place for everyone in this world,” the model said.