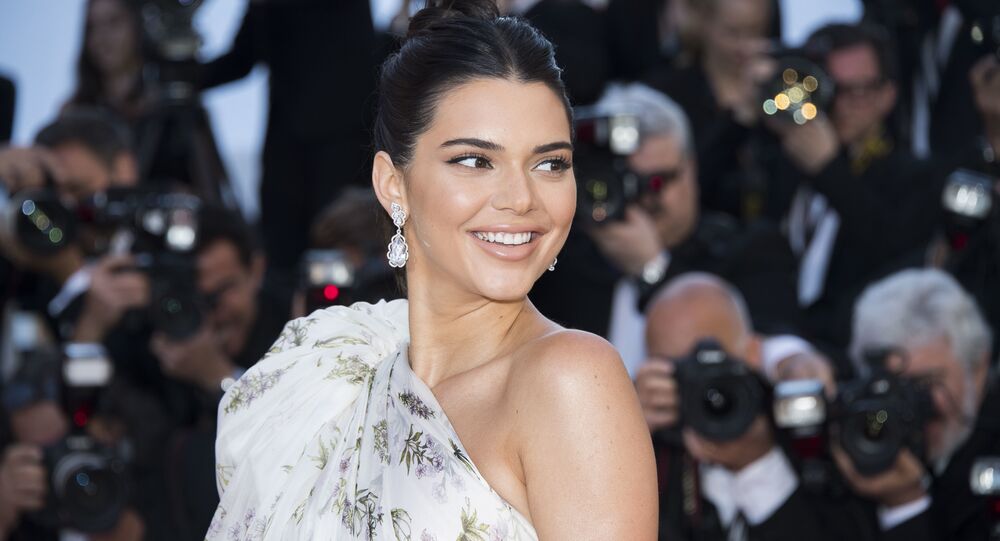 The “Keeping up with the Kardashians” star made headlines in her transparent dress, as she attended the Tiffany & Co. Paper Flowers jewelry collection launch.

The party was attended by other celebrities, including Cara Delivingne, Paris Jackson and Hailey Baldwin.

​Kendall Jenner is known for occasionally “freeing the nipple.” She has even inspired people to get nipple injections.

According to earlier reports, plastic surgeons in New York are getting female patients who ask for the “high beam or headlight look,” which is essentially a Botox filler into the areola.

“I love Kendall Jenner, and I love that she just doesn’t wear a bra,” says one of Rowe’s patients, anonymously. “You can’t see her nipples, but you can see the pointiness. I think there’s something really sexy and feminine about it,” one patient told the New York Post.

The cost of two years of perkiness is a minimum of $700.