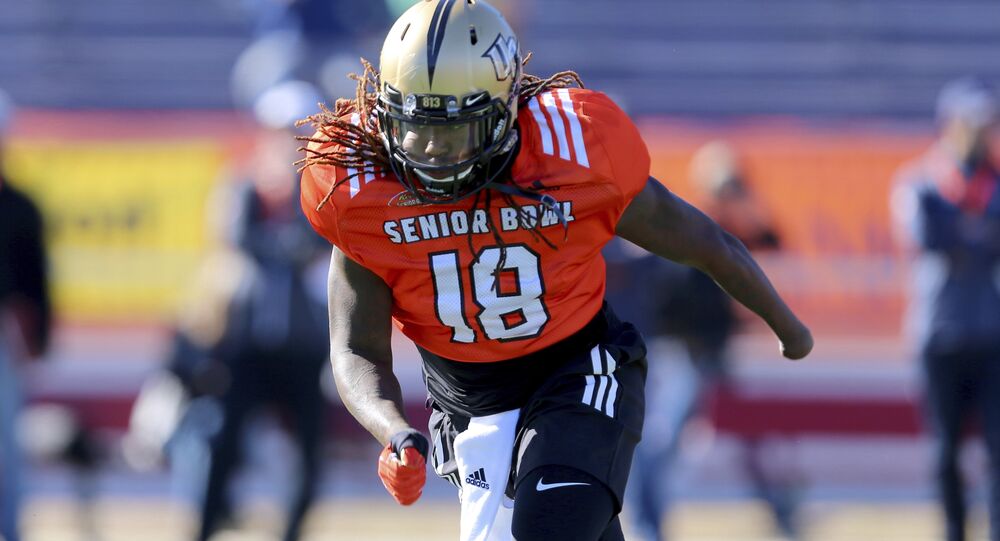 Grit and determination can sometimes pull you through, as evidenced by the unprecedented hiring of the first one-handed US-style NFL football player.

Shaquem Griffin is the first one-handed player to be selected by a US National Football League (NFL) team, after recently being drafted by the Seattle Seahawks.

The athlete's left hand was amputated when he was four due to a congenital defect called amniotic band syndrome, a condition that prevented his fingers from developing fully. He didn't let that stop him from playing football throughout his college years at the University of Central Florida.

Griffin gained nationwide recognition at an NFL showcase in March after he ran the fastest 40-yard dash for any linebacker since 2003.

The 22-year-old old will join twin brother Shaquill, as a Seattle Seahawks linebacker.

"I want to show the entire world, no matter [if you have] one hand, two hands, if you're a ball player, you just play ball," Griffin said before the 2018 NFL draft, cited by BBC.

After Griffin was chosen by the Seahawks in the fifth round of the NFL draft on Saturday, he told ESPN, "I couldn't breathe. I didn't know what to say. I was trying to get the words out, but I couldn't talk."

"I don't think I cried on my draft day," said brother Shaquill, who was drafted by the Seahawks in the third round last year. "I couldn't hold it. I just couldn't hold it. I'm excited, and I'm glad we made that choice and we're bringing my brother back home."

Seahawks coach Pete Carroll was enthusiastic about the hire. "They [the brothers] own this extraordinary connection that I think also is a demonstration of love and heart and all of the cool things about what they represent," he said, cited by ESPN.

Shaquem "overcame a tremendous amount by just believing in himself, and I think the belief of his brother in him, as well, which is obvious, was also part of all of that. It's a great story," Carroll added.