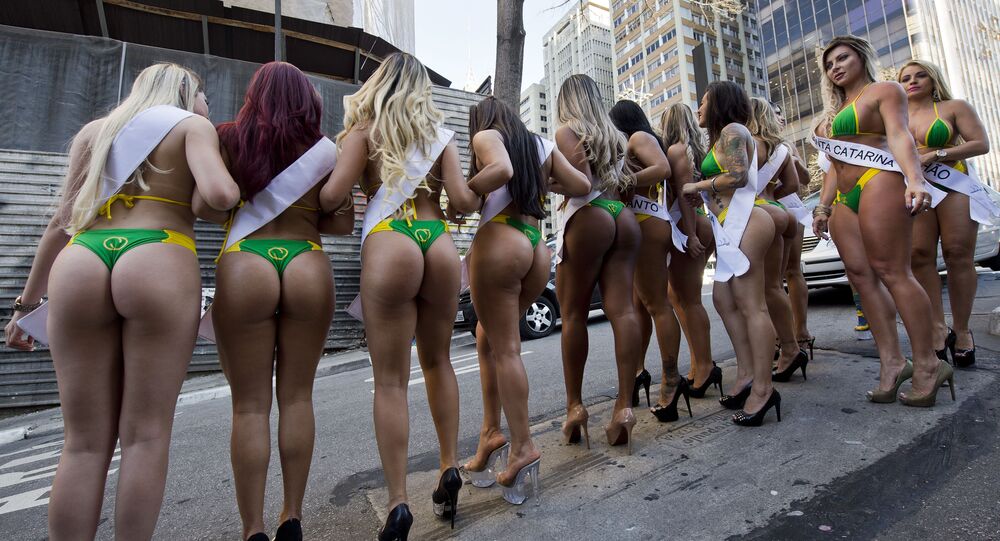 The Barbie doll in a yellow swimsuit and high heels has a huge butt lift which has become the center of a great controversy.

Brazil’s Miss Bumbum beauty pageant has released a Barbie-style doll which has left many parents and psychologists outraged as they believe it may cause body image issues in children.

The makers of the toy claim that the doll has “authentic Brazilian curves,” however, in real life the doll’s bottom would be a huge 40 inches round, just about three inches smaller than American socialite Kim Kardashian's, according to publication The Sun.

© Photo : Gao Qian / instagram
'Baby Got Back!' Miss Bum Bum Doesn’t Wear Tight Leggings to Avoid Prying Eyes
The makers have also said that they already have large pre-orders for the doll which will go on sale on August 8, the same day that this year’s annual Miss Bumbum contest will take place.

However, the doll has met with furious backlash from campaigners, who say that such a doll will encourage girls to undergo butt implant surgeries and they will grow up to have body issues.

One campaign group threatened to launch a legal action to prevent the toy from going on sale.

​Campaigner Sara Winter said, “I refuse to conceive in any shape or form that a toy doll of this kind will be allowed to be made, marketed or sold. This is really serious. The doll's bottom is completely disproportionate. A bottom that big is almost impossible to achieve without surgery,” publication The Sun reported her as saying.

She went on to say that the group has ordered lawyers to draft a “cease-and-desist” order to the Miss Bumbum organization, or face legal action.

Lenise Borges, a professor of social psychology and coordinator of the Transas do Corpo feminist group, also slammed the big-bottomed Barbie.

She said, “I'm completely scandalized. It sends a really explicit message to girls that they are objects, and that this is the type of body they should strive to have, either by exercise or by plastic surgery,” the publication reported.

Miss Bum Bum Teases Followers With Yet Another Dance VIDEO

Some Like it Cold: Miss Bum Bum Bares it All