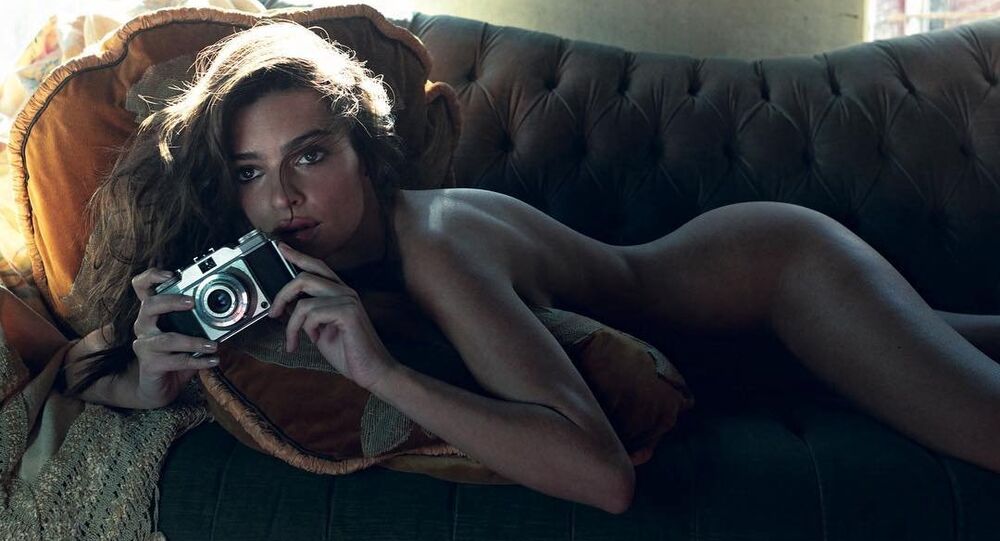 The American model and actress has once again stunned her fans with a black and white racy photo of herself that she posted to her Instagram.

Emily Ratajkowski is definitely not shy to show off her stunning figure in nude photos, and Instagram is her favorite playground.

In a recent photo, the 26 year-old is seen sitting on a stool completely naked as she gently covers her voluptuous assets with her hand.

The photo was simply captioned “NY,” as in New York.

Her fans were over the moon with many saying that she looks “incredible” and “super sensual.”

While there were some who weren’t so thrilled to see her curves, as they felt that there is “nothing new” about yet another naked snap of the model.

© Photo : Bree Kish / instagram
Vibrant Plus Size Model Now Adorns US Beach Fashion (PHOTOS)
One comment read: “You, of course, are impeccable, but maybe it's time to take advantage of your fame and do something really meaningful? Wake up already.”

In April, she released a new lookbook on the beach for her collection of swimwear Inamorata, in which her husband also starred.

In the photos, Ratajkowski is seen posing near a cabriolet, with her husband behind the wheel. There were also photos by the pool of a private villa and on the garden stairs.