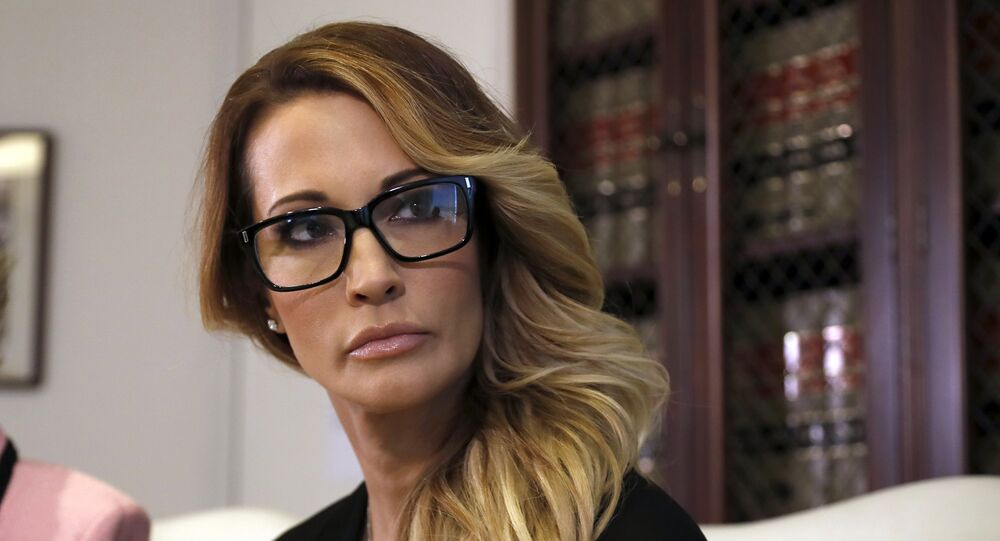 Adult film star Jessica Drake confirmed on Monday that fellow actress Stormy Daniels is telling the truth about a 2011 parking lot incident that ended with a man threatening physical violence should Daniels go public about her alleged affair with now-US President Donald Trump.

Appearing on ABC News' "Good Morning America," Drake stressed that Daniels was being honest about the threat, noting that Daniels had spoken to Drake about it twice.

The second time that Daniels mentioned the incident to her was in 2016, shortly after Drake came forward with her own sexual misconduct allegations against Trump.

"She goes, ‘Remember what I told you about all those years ago,'" Drake said. "She goes, ‘Be careful, be really careful. You know, don't be alone.'"

In October 2016, Drake held a news conference with attorney Gloria Allred and accused Trump of sexually assaulting her and two other acquaintances in 2006 at a golf event in Nevada. Drake claimed at the conference that Trump had "grabbed each of us tightly in a hug and kissed each one of us without asking permission."

Reflecting on the incident, Drake told GMA that she believed Trump was "vetting us to see which one or how many of us he liked." According to Drake, after they all left, an associate of Trump called her and offered her $10,000 to return. Though Drake had refused, Daniels, who was also at the event, opted to go with Trump.

Drake later indicated that she has no intention to sell her story or sue 45. She is only speaking up now because she wanted to back up Daniels' claims.

Allred, who joined Drake during the interview, chimed into the conversation saying that Trump should be mindful of what he goes tweeting about when it comes to her client.

"If he gets enraged and upset and says something about Jessica that is, in fact, defamatory, then we're gonna need to review our legal options," Allred stated.

This report comes days after Daniels and her attorney Michael Avenatti released a composite sketch of the man who allegedly threatened her.