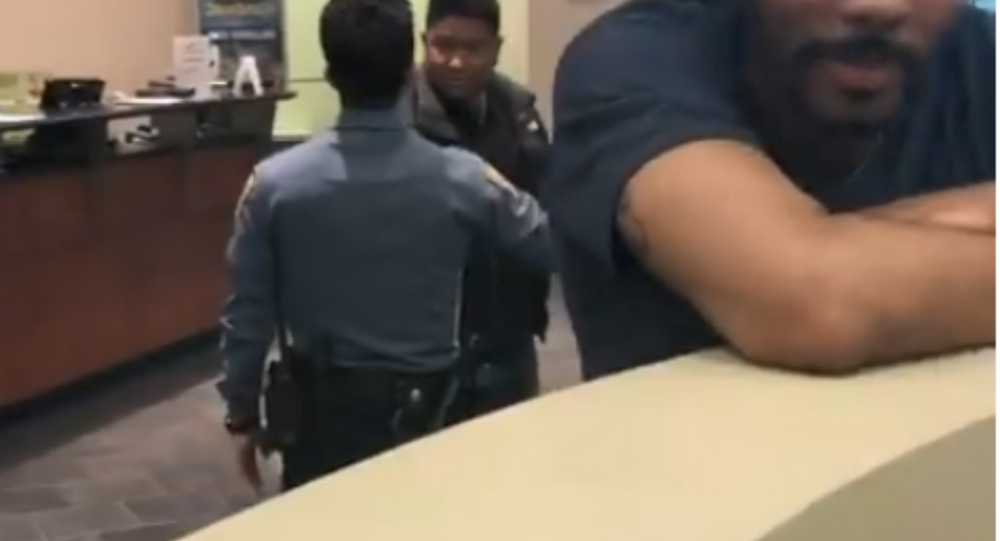 An LA Fitness gym in Secaucus, New Jersey, recently fired three employees, one of them a manager, after Facebook videos posted by Tshyrad Oates on April 16 showed that the employees called the police because they assumed that his friend, a black member of the gym, hadn’t paid to enter – even after he proved his current active membership status.

Oates wrote on Facebook that his friend "felt racially profiled and embarrassed by the harassment of this LA Fitness employee in front of other members at the gym."

New Jersey Advance Media reported Tuesday that the manager and two employees involved in the incident were recently removed from the company, according to a current employee at the gym.

The videos, which were posted by Oates, were actually filmed by Oates' friend, who is a member of the gym. Oates was working out with him after receiving a gym guest pass on Monday. The friend's name is unknown.

The first video shows Oates' friend walking from the gym area to the lobby after being told to leave the gym because he did not pay an admission fee, even though he is a paid member of the gym.

He then asks the woman at the front desk to scan his membership tag, which shows that he is an active member of the gym. The woman stands up and walks away without saying anything.

© CC BY 2.0 / dannyman / The UK Border at Heathrow Airport
'I Think It Was Racism': How Russian Tourist Was Deported From London Airport

The second video shows Oates' friend talking to the gym's manager, who claims that filming is not allowed in the gym. Several policemen have arrived at the scene at this point after presumably being called by one of the gym employees. When Oates' friend continues filming, the manager turns to the police officers in the lobby to complain.

"I understand you don't like cell phones," one officer is heard saying to the gym manager.

"But it's not criminal activity," the officer added.

"I'm the only person in the gym who has to scan in again," Oates' friend said in the video. He also points out that he and Oates "are the only two black people in the gym."

"I've been having problems with this staff for months, over nothing," he added.

The last video shows the gym manager terminating Oates' friends' gym membership and banning Oates from the gym. When the men ask the police officers what they did to deserve this treatment, the officials appear confused.

"I don't have any answer for you," one officer said.