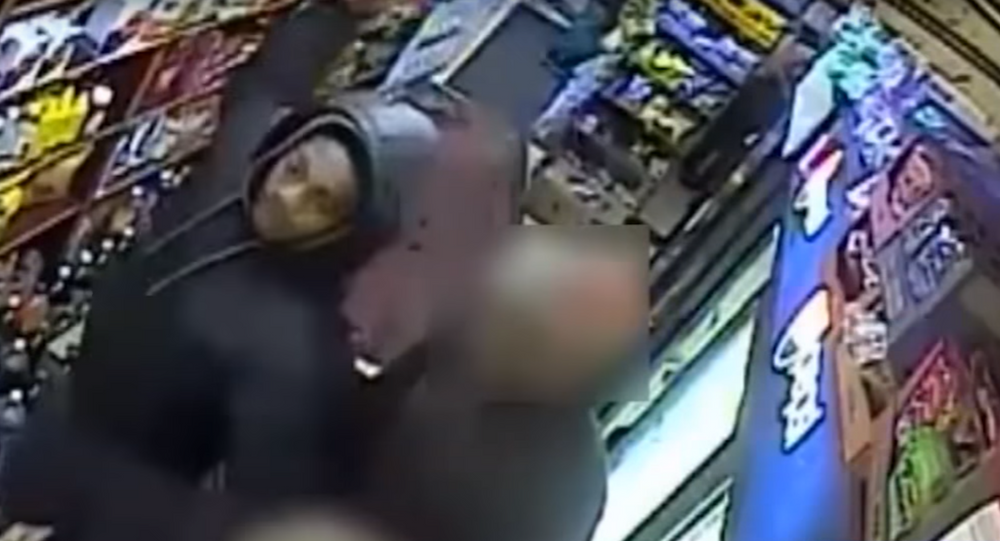 New York Police Department (NYPD) officers are searching for a Bronx man who threw a full Chef Boyardee can at a 14-year-old girl’s head last month.

Footage of the incident, which occurred at an FM grocery at 784 E 163rd Street in Woodstock in the Bronx borough of New York City, was shared by police on Wednesday. The suspect entered the store around 8:38 a.m. March 2.

The suspect is shown walking up toward a group of people with a can and throwing it at a girl. The victim, who is not shown in the video, was struck in the head by the can, according to police, and suffered a head laceration.

She was rushed to the Bronx Lebanon hospital following the attack and has since been released.

​Police have said that an argument between the victim and the suspect sparked the subsequent attack, though it is unclear what the argument was about.

The suspect is described by police as a man in his mid-20s, about 5'9" in height and weighing about 180 pounds. He also has a mustache and short black hair.

He is seen in the video wearing a blue hooded sweater, gray sweatpants and black sneakers.

China Is a ‘Bully,’ and America Is Better Than the White House, McCain Says