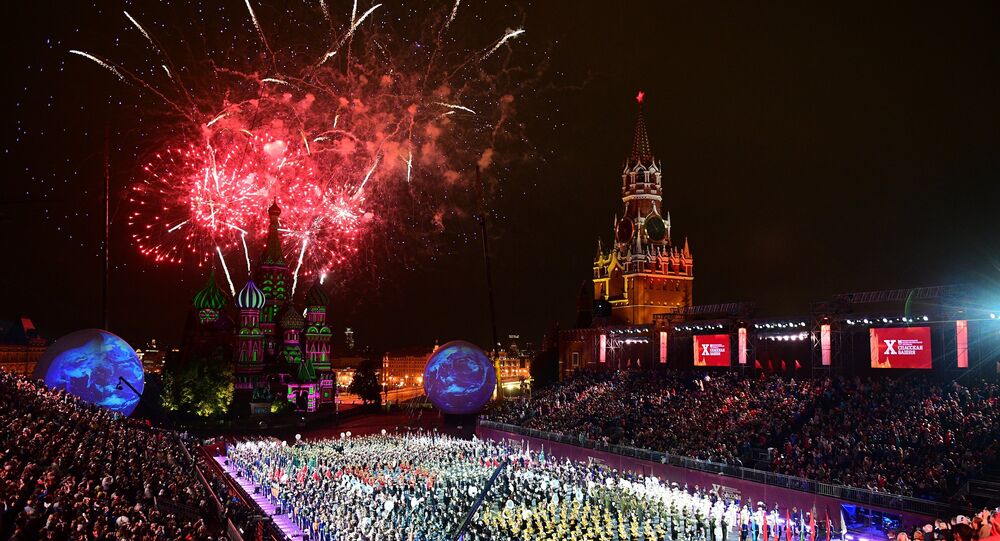 Orchestra of Monaco to Perform 'Game of Thrones' Concert in Moscow

The Spasskaya Tower International Military Music Festival is an annual military music event held in Moscow on Red Square. This year it will be held on Red Square from August 24 to September 2.

The Orchestra of the Carabineers of Prince Albert II of Monaco will bring the world of Westeros to Moscow as part of the program, during the Spasskaya Tower festival.

"Our performance at the Spasskaya Tower festival will include the routine of a musical composition from Game of Thrones. We are also preparing many other surprises for the audience of the festival. It will be interesting,” head of the orchestra Olivier Drian told RIA Novosti.

© Sputnik / Evgeny Yepanchintsev
Murmansk to Host the Fourth Barents Bird Festival of Northern Culture
According to the head of the orchestra, the Prince of Monaco personally approved the participation of the group in the festival. The orchestra is part of his personal guard of 124 people, 24 of whom are musicians.

The head of the orchestra went on to say that when the 24 carabineers leave Monaco, the other bodyguards have more work to do protecting the prince.

"We are not an ordinary team, as 85% of our work is guarding the prince; our main task is to protect him. We are more military and bodyguards of the prince than musicians, and therefore we have special requirements,” he said.

The head explained that each carabineer must be 19 to 27 years old and be at least 180 cm, but not more than two meters tall.

They must have excellent health to pass various examinations, including written examinations.

© Photo : YouTube/WatchMojo English
Runaway Princess? Dubai Royalty 'Brought Back' After Attempting to Flee - Report
Furthermore, the carabineer should not be married and only after his first year of service can he ask the prince to grant him permission to get married.

Olivier noted that the prince of Monaco has good musical taste and often his musical preferences affect the repertoire of the carabineers orchestra. For example, they once performed one of the compositions of the rock band AC / DC, which his Majesty really liked.

"And most recently we played at the prince’s birthday, and it was a special event in which many different bands participated. I think Albert liked everything because my head is still on my shoulders," Olivier joked.

The Spasskaya Tower International Military Music Festival will see the participation of many Russian and foreign military bands, folk groups and the honor guard units of foreign countries.

More than 40 countries have taken part in the festival since 2006. The festival is named after the world-famous Spasskaya Tower of the Moscow Kremlin.

In All Their Glory: Unique Kurdish Festival Rocks Iraq