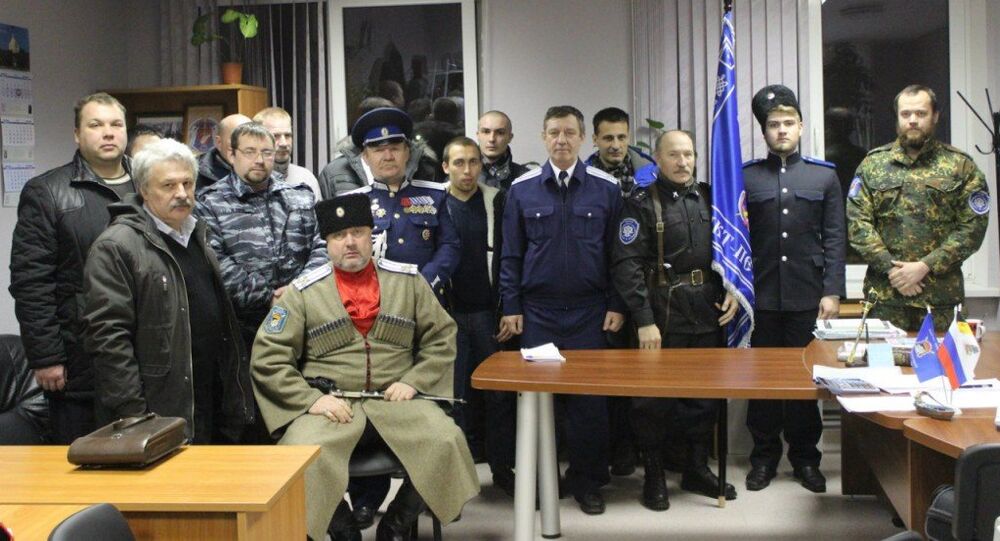 The chairman of the Ibris Cossack group has admitted that they had made a "mistake" in granting Trump the status after his victory in the 2016 presidential election.

"When the 2016 presidential elections took place, the Duma celebrated Trump's election with champagne, and Vladimir Vladimirovich Putin congratulated him; against the background of this euphoria, we made him an honorary member of the Cossack society," Ibris chairman Andrei Polyakov said, speaking to Russia's Rosbalt portal.

"We invited the new president to visit our Cossack homestead, since it was thought that a Putin-Trump meeting would take place in the Russian president's hometown," he added.

"But then political events began developing less merrily than we expected. And, understanding that we were mistaken, we made the decision to exclude him from our organization in disgrace. This was done," Polyakov said.

© AP Photo / Win McNamee/Pool
'Wimping Out' or '3D Chess'? Twitter Utterly Confused by Trump's Latest Syria Tweet
Instead, Polyakov and his comrades now plan to burn an effigy of the president in the northern Russian city. "We're going to cover it in gas and burn it together with an American flag," he promised. The Cossacks simply "could not tolerate" the US's "insults" against Russia.

Relations between Russia and the West have taken a sharp turn for the worse in recent weeks, with Washington introducing new sanctions, London accusing Moscow of involvement in the attempted poisoning murder of an ex-spy on its soil, and the US, the UK and France preparing for a possible strike against Russia's Syrian ally over an alleged chemical attack in Douma, Syria. UN Secretary General Antonio Guterres described the current state of relations between the West and Moscow as a 'return of the Cold War,' except without the safeguards managing the risk of escalation.