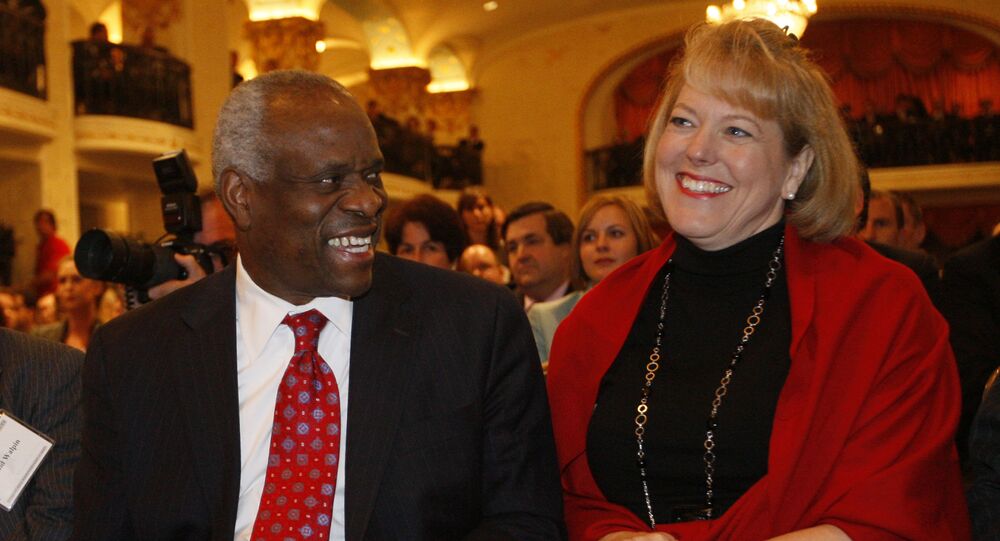 Virginia Thomas, the wife of Supreme Court Justice Clarence Thomas, continued her campaign on Monday to criticize the survivors of the Parkland, Florida, school shooting for calling for tougher gun control.

Virginia Thomas, who also goes by the name Ginni, added to her critiques by sharing a post that included a pile of shoes worn by those killed during the Holocaust. This post was directed toward students who participated in the national school walkout.

​"To all the kids that walked out of school to protest guns. These are the shoes of Jews that gave up their firearms to Hitler," the post read. "They were led into gas chambers, murdered and buried in mass graves. Pick up a history book and you'll realize what happens when u give up freedoms and why we have them."

Though it's unclear what history book Thomas read, she later commented on the post that it "was amazing."

Prior to using the Holocaust to promote her agenda, Thomas fired off a meme stating that she wanted "the old America back… MINUS the left's awful tactics."

​To no surprise, Thomas' posts have not gone down well.

​Aside from bashing gun control supporters, Thomas also shared posts about the "caravans" of illegal immigrants on their way to the US.