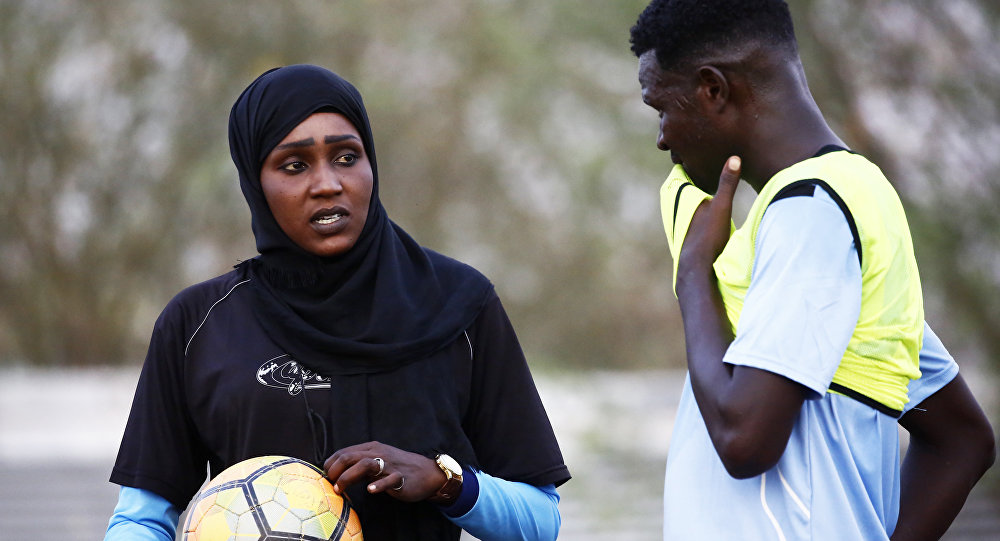 Salma Al Majidi has been viewed as a role model all across the world as she has paved her way into male-dominated sports in her country and achieved great success.

27-year old Salma Al Majidi has always differed from other girls in her neighborhood.

While others went shopping and tried on new dresses, Salma "preferred wearing trousers" and "would watch the boys playing football" every time she crossed the street, her parents recalled in an interview with France 24.

Now Salma, who was mentioned in the BBC's 2015 list of "100 inspirational women," has become a huge success in her country.

READ MORE: Armed and Dangerous: Saudi Women Earn the Right to Serve in the Military

She was recognized as the first Arab and Sudanese woman to coach a men's football team and has become a trailblazer in a men's sport that is very popular in her region.

"Why football? Because it is my first and ultimate love," Majidi told the media outlet. "I became a coach because there is still no scope for women's football in Sudan," she added.

The young woman, who wears sporting clothes along with a black headscarf and is lovingly called by her players a "sister coach," went a hard way to enjoy respect among her relatives, colleagues as well as her country and the whole Arab world.

"Sudan is a community of tribes and some tribes believe that a woman's role is confined only to her home," Majidi, who also holds a degree in accounts and management, said. "There was this one boy who refused to listen. He told me he belongs to a tribe that believed men should never take orders from women," the young woman added.

It took him many months to recognize Majidi as a coach.

"Today, he is a fine player," the young woman said.

Majidi has worked with the country's second league men's clubs, such as Al-Nasr, Al-Nahda, Nile Halfa and Al-Mourada. Some of them even made it to the top of the local leagues under her supervision.

The young woman can also work with any first league team in the region, as she has received an African "B" badge in coaching, which allows her to do so.