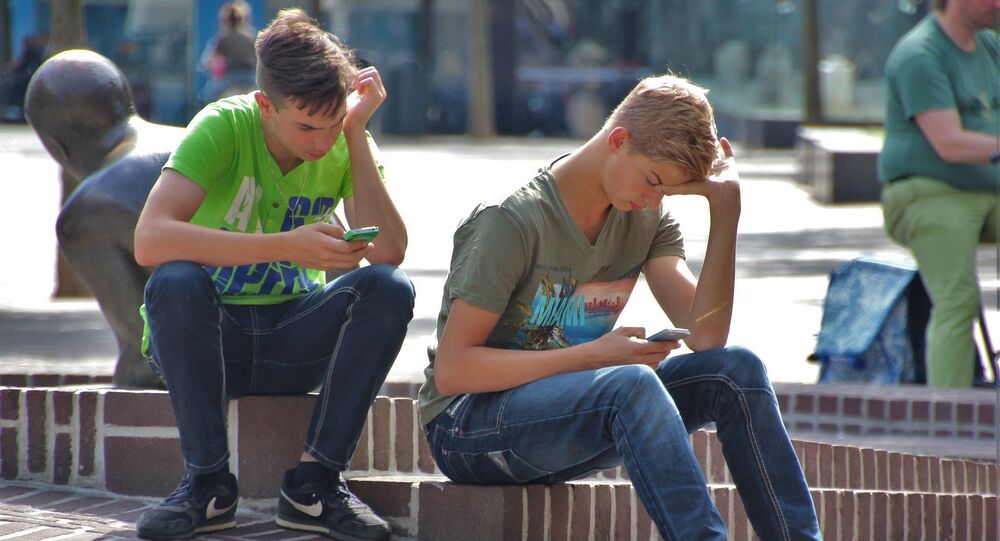 Happiest Teens Use Phones for Less Than an Hour a Day

It may be time for your teen to put down their smartphone and go play outside, like the good ol’ days, because yet another study reveals a link between unhappiness and time spent hooked on phones and other electronics.

In January, researchers from San Diego State University (SDSU) and the University of Georgia found that teens who spent more time time glued in front of their screens were less happy than those who engaged in more non-screen activities like sports and face-to-face interaction.

The researchers examined data on more than one million middle and high school American students partaking in the Monitoring the Future longitudinal study, a national survey that asks students how much time they spend on devices and other activities. Students are also asked about their overall happiness as a part of the survey.

The study authors found there was a substantial increase in happiness in students who engaged in extracurricular activities or even read print publications more frequently than those who spent more time plugged in.

"The key to digital media use and happiness is limited use," said Jean M. Twenge, the study's lead author a professor of psychology at SDSU, in a January news release.

"Aim to spend no more than two hours a day on digital media, and try to increase the amount of time you spend seeing friends face-to-face and exercising — two activities reliably linked to greater happiness," she added.

Although Twenge suggests a maximum of two hours a day of screen time, the study revealed that the happiest teens spent a little less than an hour every day on digital media. Teens who spent a tad less than an hour plugged in were actually happier than teens who did not use any digital devices at all. So, a little bit of technology does add some goodness to our lives.

Twenge's study also revealed that unhappiness does not correlate with increased social media use.

The study authors also noted that self-esteem and life satisfaction levels decreased substantially in 2012, which is the same year that the number of Americans owning smartphones increased by more than 50 percent.

"The advent of the smartphone is the most plausible explanation for the sudden decrease in teens' psychological well-being," Twenge noted.