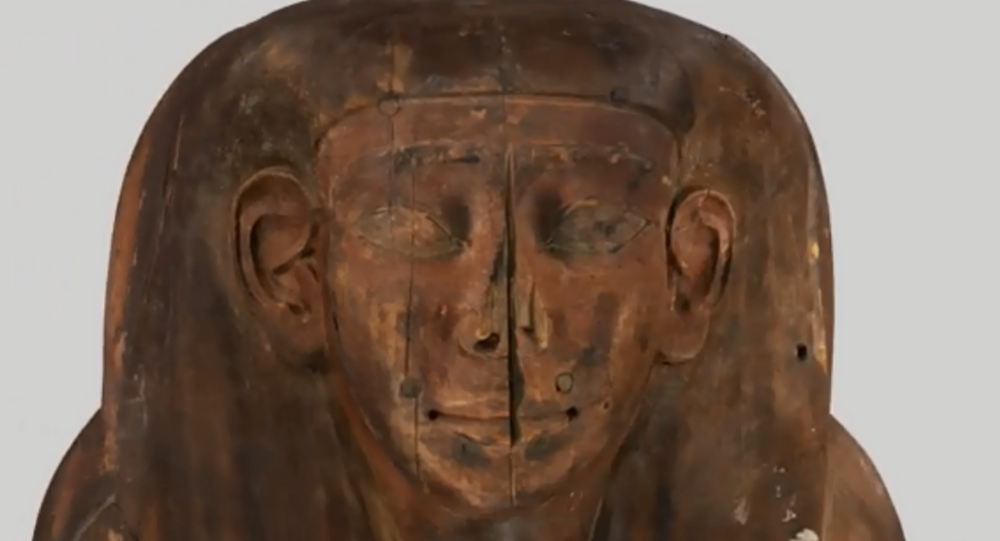 Archaeologists at the University of Sydney's Nicholson Museum were in for the surprise of a lifetime - or an afterlife- after discovering that an Egyptian coffin that had been in their care for 150 years contained the remains of a 2,500-year-old mummy.

The coffin, which had been initially classified as empty by officials, was discovered in 2017 after scientists cracked open the sarcophagus, according to the BBC. Now, researchers are using top-of-the-line scientific technology to get as much information from the human remains.

"We are about to start a really detailed project to scientifically investigate these remains in the coffin and ask a whole bunch of questions, but really, 'Who is inside the coffin?'" Jamie Fraser, the leader of the investigation, told ABC News. "A tomb robber has probably come in and rooted all the way through trying to find jewels and amulets."

According to Fraser, the coffin, which was obtained in 1860 by the university along with three others, likely received little attention due to the fact that it did not appear as impressive and did not contain a complete mummy.

Though only 10 percent of the body remains, experts have begun to use 3D models and detailed CT scans to scoop up more dirt on the preserved cadaver. Experts have so far revealed that the coffin was built for Mer-Neith-it-es, a priestess who worked at the Temple of Sekhmet, and that the remains belong to an adult.

Aside from human remains, officials found bandages, traces of resin and thousands of tiny glass beads that were likely from a funeral shawl, Gizmodo reported.

"You could see one or two beads… then a few dozen beads were scattered among the remains… now we know there are seven thousand beads in the coffin," Fraser told News.au.com. "They almost certainly came from a beaded net laid across the mummy and are made from faience, a type of glass."

"The beads are in all sizes and shapes and were probably woven into a face mask… they indicate a high-class or quality burial," he added.

Although researchers suggested it could take months or years to properly analyze the mummy, the coffin will be exhibited in a new museum at the university that will offer up-to-date details of the team's investigation.

Along with determining the mummy's cause of death, archaeologists plan to figure out information regarding the deceased's diet and lifestyle, according to Gizmodo.