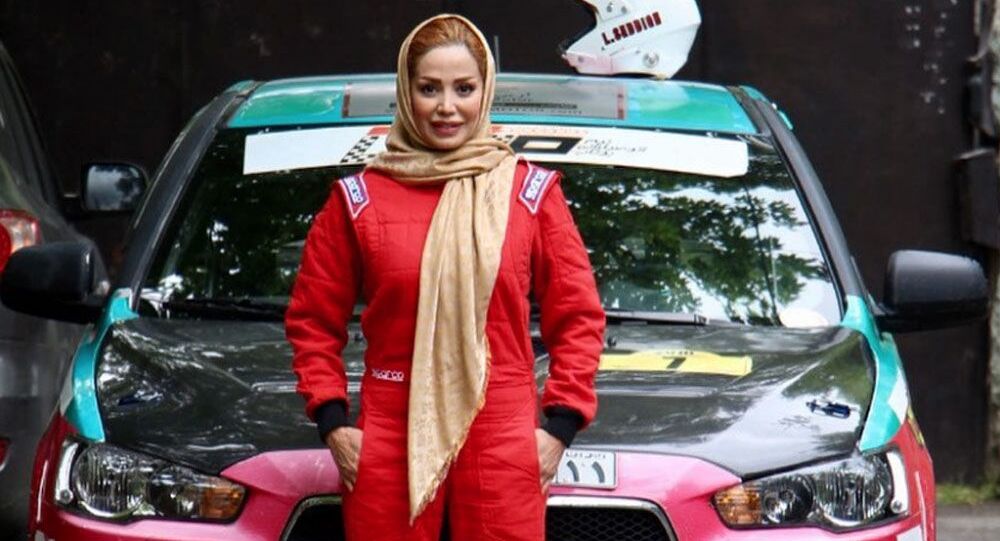 Laleh Seddigh is known as the Iranian Schumacher and is set to represent Iran in the rally-raid of the Middle East and North Africa this year. In an interview with Sputnik, the racer shared her journey to success.

Seddigh’s professional career began in 1997. After years of ups and downs, she became one of the most famous and talked about women in Iran.

She has managed to triumph over her male colleagues and become champion of Iran in motor racing. Seddigh now heads the Education Committee of Women of the Iranian Automobile Sports Federation.

"I was the first woman who, after the Islamic Revolution, participated in auto racing along with men. At first there were many different obstacles. I even had to get permission to participate in the race, under which I pledged not to violate religious and Islamic norms. This step was an important event at that time and attracted attention of many media outlets,” Seddigh said.

© Photo : Islamic Republic of Iran Basketball Federation
Giant Leap: Iranian Women Win Right to Attend Sports Matches in Stadiums
According to her, due to Iran’s cultural specifics it was at first difficult for her to communicate with men from motor sport because they did not take her seriously.

"At first, men did not see me as an opponent. Due to cultural peculiarities (of our country) there were conflict situations. You can even say that (between us) was an unhealthy competition,” the racer told Sputnik.

To cope with the pressure and difficulties, the athlete was helped by relatives and friends who were always with her, and providing moral support. According to Seddigh, she was also greatly helped by sports sponsors.

"My advantage was that I was the only woman and that attracted attention of the sponsors. They supported athletes who stood out and I was just such an athlete,” she added.

Since then, Seddigh has come a long way and achieved many milestones in her career. Now she plans to take part in a rally which will be held in Iran with the participation of drivers from the Middle East.

According to the racer, in recent years the attitude towards women in this sphere has changed for the better. Many men, who wouldn’t even look at her before, are now her best friends. As the head of the Education Committee of Women of the Iranian Automobile Sports Federation, Seddigh is directly involved in the training of girls and women in the racing sport.

"For the past two years now I've been heading the Women's Education Federation of auto racers. I teach many people, including women. Unfortunately, even now women face many difficulties. Most often they do not stay long and for various reasons leave the sport in one to two years. I still hope that I can help them enter the ranks of the champions,” Seddigh said.

The racer believes that the primary role in the success of girls and women is the support and the assistance of the family: first of all, on the part of the father.

"If fathers try to develop the abilities and interests of their daughters, they will undoubtedly see the significant success of their children. I rely on my own experience, the support of my family and the important role that my father played. I think that if women strengthen their faith in themselves, they will be able to overcome all barriers,” the racer concluded.