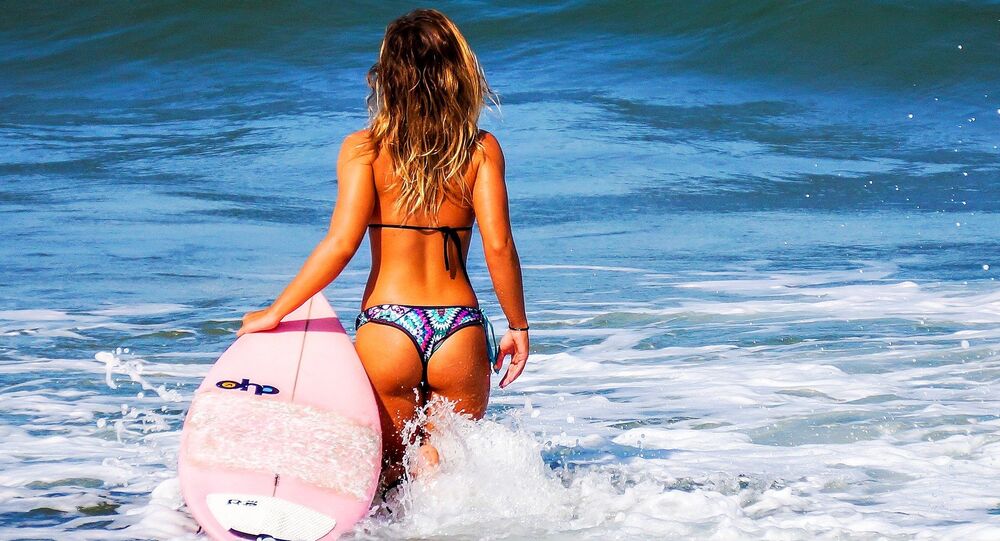 Although no big surfer’s reputation has been tarnished by sexual abuse issues when the subject made headlines recently, the industry has opted to take precautions, just in case.

According to Stab magazine, the World Surf League has instructed its tournament broadcasters not to zoom in on competitors and avoid close-ups of the bottoms of female surfers wearing bikinis.

The report has it that women who surf wearing shorts will feature larger on screen than those with bikini bottoms on; the WSL is calling on cameramen to "exercise discretion" while shooting the women’s heats.

In the wake of the #MeToo campaign and harassment issues running high on the agenda, the organization is thus taking action to ensure that cameramen don’t fixate on sportswomen’s hottest body parts and everybody’s attention is focused on their performance.

"Cinematographers must be careful to zoom out during bottom turns or duck dives," the magazine stated.

Since a live broadcast does not allow for editing, the organization urges broadcasters to switch on common sense when shooting:

"No inappropriate jokes. No leering at colleagues or competitors. Absolute gender equality in all parts of the operation (except competitive winnings)."

The announcement came on the sidelines of the Quiksilver Pro Gold Coast surfing event in Australia and sexual harassment topped the agenda for the organization’s human resources department.

Surfing has not been blemished so far by allegations of sexual misconduct, unlike other sports, big sport among others; this is the reason the WSL opted for preventive measures to better preserve its high standards.

However, according to the Stab magazine, the women, who notably have "social equity and camera inequality" still cannot boast receiving the same prize remuneration as their male colleagues do, either individually or overall. It is on average 40 percent lower, the edition states.

Photographers Have Been Warned Not To Zoom In On Female Surfers → https://t.co/ju5svh6Nqc pic.twitter.com/ivvNFPpknW

In July 2017, the WSL appointed a female, Sophie Goldschmidt, as its CEO, thus joining the Fortune-ranked 7 percent of the largest businesses in the US to be headed by women.