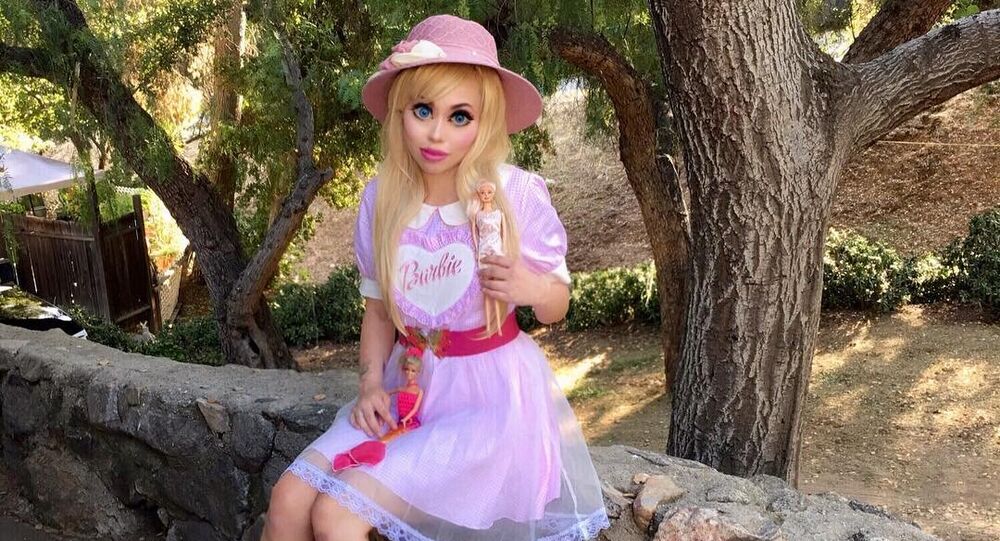 Despite the famous toys now being available in different heights and featuring a variety of ethnic looks, a wannabe Barbie of Asian origin has spent $35,000 and plans further transformations to get the iconic mainstream appearance.

A self-proclaimed real-life Barbie and model, Ophelia Vanity, has posted to her Instagram followers about her surgeries, which as she hopes, will eventually bring her closer the her plastic ideal for several years. For the latest change – bigger eyes — the 30 year-old, half-Chinese woman from California has spent $4,000, athe Sun reports.

She told the media that she wasn't trying to be racist, but admitted she’d always been drawn to a more iconic Barbie appearance and would like to look more European, although there are dolls and Barbies of every height, skin color and ethnicity.
Her monthly cosmetic routine includes Botox and lip injections as well as bleaching her hair.

Thank you for the complimentary gift of the amazing Marc Jacobs Beauty Eye-Conic Palette! 🎨 Which I absolutely loved and used to create this look 💙💖 @Influenster @MarcBeauty #TheDressedEye #complimentary #contest

She says she wanted to have rhinoplasty, skin bleaching, have four to six ribs removed for a slimmer waistline, get breast and butt implants as well as implants which permanently change the color of her eyes after the recent lid-moving surgery.

Pretty in pink Barbies… my dollies and I 💕👯💕 Have an amazing weekend, lovelies! 🎀

She meditated on the result: “The surgery has definitely made me more confident in my appearance and I’m really happy with it.”She relays that her 'need' for blepharoplasty dates back to 6 years ago.

Whoa, THROWBACK pic back from '08! #fredericksofhollywood = STILL my favourite lingerie store in the entire world! 😍

She complained that a lot of people had teased her about her eyes. She told the journalists about her hope that the surgery would give her more confidence, as she has struggled with self-esteem issues as well as body dysmorphia disorder. She admitted she had anorexia back in high school, although she denies having it now.

Her boyfriend Justin Sterling, cited by the outlet, expressed his understanding and said the girl is addicted to surgery because “she doesn’t feel unique.” He claimed, “I don’t feel that way about her. She is definitely unique. But I could see how maybe surgery gets addictive.”

'Do Not Judge Book by Its Cover': Meet the First Czech Barbie Doll (PHOTOS)