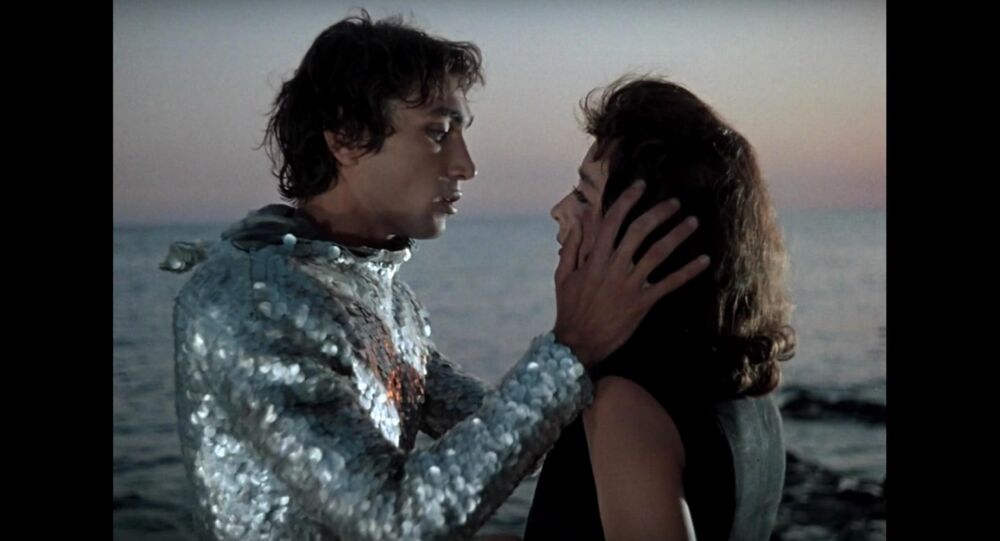 At the 90th annual Academy Awards, the dramatic fantasy The Shape of Water, directed by the legendary Mexican-born movie guru Guillermo del Toro, took home four Oscars – for Best Directing and Best Picture, as well as for Original Score and Production Design.

Del Toro himself noted the film's resemblance to a Hollywood horror classic, The Creature from the Black Lagoon. However, The Shape of Water appears to also have a number of features in common with a 1961 Soviet fantasy production – The Amphibian Man, a number of Twitter users remarked.

The motif of humanoid-amphibian creature goes back to 1927. ''Amphibian Man'', a novel written by Alexander Belyaev which was adapted to film and directed by many filmmakers. The dance also appears in the ''Amphibian Man'' (1961). It's a lack of knowledge from the great Del Toro.

At least until it turns out that del Toro nicked the whole thing from the Russians, anyway…
(I'm not even kidding, check out Amphibian Man (1962) — life, art, etc.)

Let’s look into the storyline of both movies. The Shape of Water is set in the mid-1960s and depicts romantic chemistry between a mute cleaning girl employed in a scientific laboratory and a swoony merman, who she helps escape after he ends up in the hands of American intelligence operatives keen on torturing him in the name of science.

and the oscar goes to… guillermo del toro pic.twitter.com/9cWR5Waooc

In the Russian movie, the storyline similarly focuses on a humanoid "devilfish" falling in love with a girl from above the surface, the daughter of a down-and-out pearl diver. Both stories masterfully capture a unique sentiment – that of fear, on the one hand, and alienation, on the other, when the characters are faced with people and phenomena that are beyond their understanding.

Del Toro noted he hadn’t seen the Russian movie, which was directed by Vladimir Chebotaryov and Gennady Kazansky. However, he udnerscored that he was greatly inspired by the images and concept of the Creature from the Black Lagoon, released in 1954. The timing of the original movie even inspired one movie fan to create a 50s-style retro trailer for del Toro’s award-winning brainchild.

Nevertheless, his story line repeats, to a great extent, the plot of The Amphibian Man. The clash between earthly and otherworldly images and feelings resonates in both films, but for most part, it is eccentric romance that underlies both stories.

Congratulations to Guillermo Del Toro on his Oscar win who tought us to love monsters, as you know he has worked with Tom on Crimson Peak 😍👏🏻@twhiddleston ❤ pic.twitter.com/8lOxa1fHzq

For instance, in the latter movie, based on a Russian sci-fi story of the same name, written by Alexander Belyaev, the young and handsome Ikhtiandr is saved by the talented scientist Salvator, who transplants gills into his body.

Although his looks terrify the locals, he proves his valor by rescuing a girl named Guttiere, and falls head over heels in love. Most typically, the future doesn’t always look bright for the lovers; the smoothly flowing love story is interrupted by the plots and intrigues of various evildoers.

There are aesthetic differences between the films: while the characters in The Shape of Water range from menacing to unpretentious, reflecting del Toro's style, in the Russian production the nautical lovebirds are played by legendary, flamboyant Soviet sex symbols — Anastasia Vertinskaya and Vladimir Korenev.

Similarly, the color palette is also strikingly different  — The Amphibian Man features vivid and cheerful colors, notably the azure of a Crimean bay where the shooting took place. By contrast, the menacing scenery of Del Toro’s film is characterized by dim and dull hues.

guillermo del toro should also win an #oscar for being the most huggable.

Whatever the case, a happy end is here for one sweet pair only – to check it out, don’t hesitate to follow both storylines. One thing is certain – the heart-wrecking drama of both films will surely absorb you and offer many moments of joy….and even suspense.