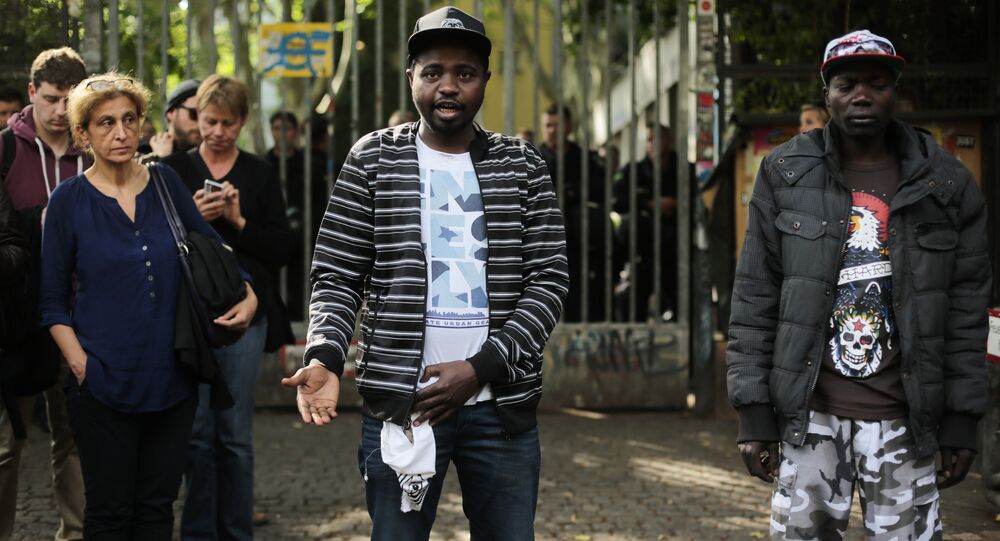 With an influx of refugees stretching a local charity’s resources to their limits, a second outlet of the German food bank Tafel has stopped serving foreigners and young single men, prioritizing families, single parents with children and retirees.

The NGO came under fire on Thursday amid reports that its branch in the western town of Marl was turning away non-Germans and young, single men, Deutsche Welle reported.

Amid the public outcry that ensued, Renate Kampe, chairwoman of the Tafel branch in Marl, parried accusations of racism arguing that the company actually wanted to put families, regardless of nationality, at the top of their list of food recipients.

"The main problem is that we do not have enough supplies," she said.

The situation unfolds just days after the Essen branch of Tafel drew flak for refusing to serve foreigners after elderly people and single parents complained about being pushed and shoved at food distribution centers.

© AFP 2021 / Christof Stache
Get Out, Please: Berlin Now Offers Migrants Money for Leaving Germany
At a news conference on Thursday, Essen Tafel chairman Jorg Sartor said that the new policy was introduced in mid-2017 because 75 percent of the about 6,000 people coming to pick up food from the Tafel locations across the city were foreigners and elderly Germans were becoming too frightened to partake in the weekly food pick-ups.

The Marl charity is just one of the 930-strong chain of Tafel food banks all across Germany, which collects food that is nearing its expiration date from eateries and supermarkets to further distribute it among needy families at a specified time weekly.

Among those enrolled in the social program are those who are unemployed or low-income beneficiaries.