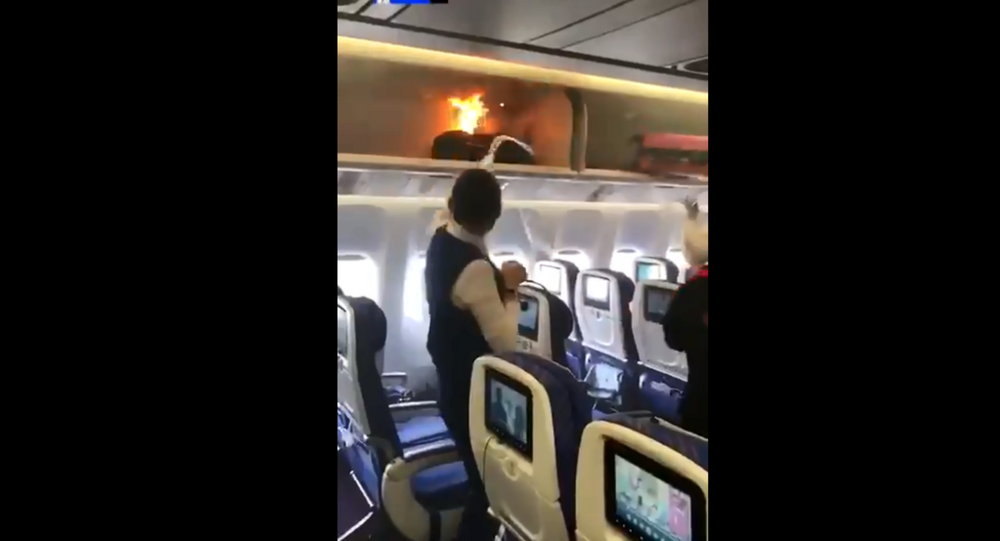 On Sunday, travelers heading to Shanghai were forced to disembark their China Southern Airlines flight after a power bank caused a fire in the plane's overhead compartment.

Footage recorded by a fellow passenger shows the moment a flight attendant and a passenger extinguished the flames by dousing the carry-on bag with bottles of water and orange juice. The fire took place just as travelers were boarding the flight.

​According to a statement from the airline, emergency responders who arrived on the scene determined that the fire was caused by a passenger's lithium-ion power bank, which ignited even though it was not being used at the time, Channel News Asia reported. A power bank is a portable charger that can power other devices from its built-in battery through a USB port.

While the owner of the luggage was later escorted off the plane by officials investigating the incident, the plane's other passengers were stuck at the Guangzhou Baiyun International Airport for three hours until a replacement aircraft could be arranged.

Lithium-ion batteries, such as those in the troubled Galaxy Note 7 phone, have been known to catch fire due to faulty battery compartments. In response to this, the Transportation and Security Administration has banned the batteries from checked luggage. However, the batteries are allowed on carry-on luggage as long as the device has been turned off.

It's unclear if the owner of the luggage had left the power bank on by mistake.