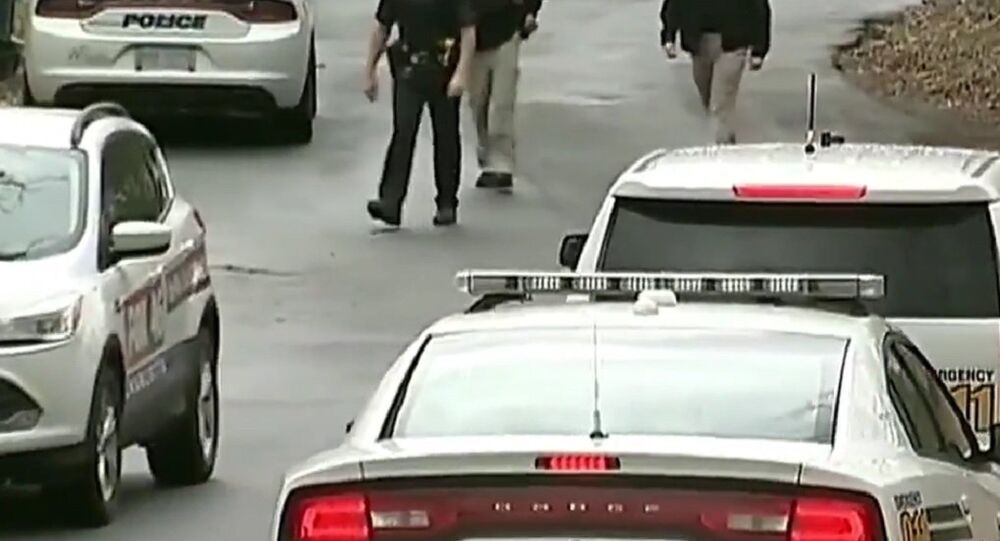 Man Films His Own Death During Live Stream [GRAPHIC VIDEO]

Prentis Robinson, 55 years old, was streaming his day live when a man suddenly appeared and shot him multiple times. The suspect is now in police custody.

A selfie stick is no doubt a very convenient tool when it comes to filming or streaming yourself, but it may also prove to be a factor for an early demise (as well as for quick justice for the culprits). Prentis Robinson was just leaving the police station where he filed a complaint about a stolen cellphone. The man was live streaming his way back home using a different phone mounted on a selfie stick, when a stranger suddenly appeared. Prentis hailed him and said he was “on live,” but instead of answering, the man shot the streamer dead and ran away.

WARNING: The following video is graphic and may offend sensibilities!

Police were searching for the killer the whole day and put nearby Wingate University on lockdown, but in the end the suspect turned himself in the next day. The name of the suspect is Douglas Colson, 65 year old, his motives remain unclear.

Breaking —Wingate murder suspect Douglas Colson has turned himself in to police to face charges in the shooting death of Prentis Robinson. pic.twitter.com/cWRGRoUCH7

Wingate Police Chief Donnie Gay was shocked by the incident, as he was talking to Prentis Robinson just minutes before he was shot dead.

Wingate Police chief Donnie Gay says the victim, Prentis Robinson was just at the police Dept talking with him about a stolen cell phone, two minutes before he was shot. “I don’t know what to say about that.” The chief said. pic.twitter.com/nzpKnsD0L9