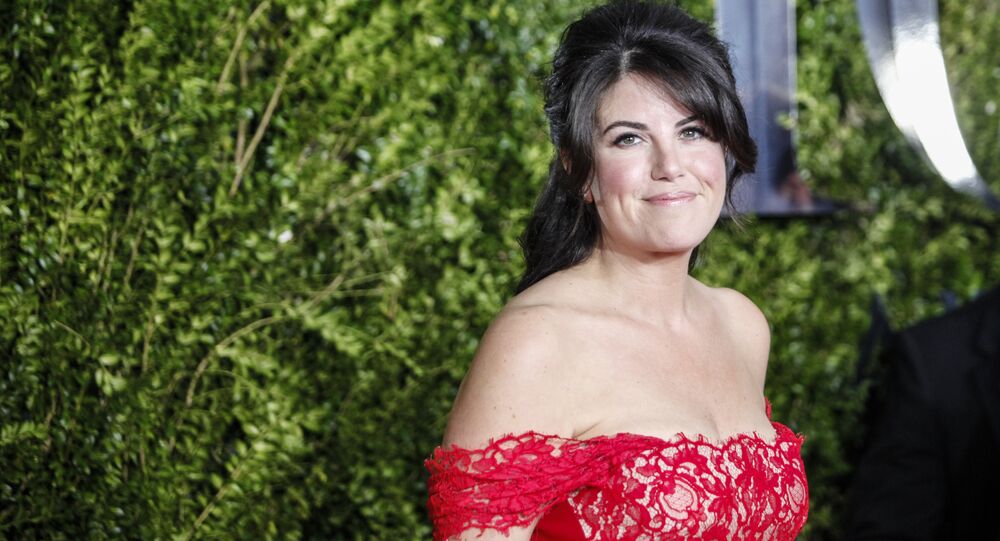 Two decades after her extramarital affair with Bill Clinton, Monica Lewinsky has opened up in an essay for Vanity Fair saying that she now realizes her relationship with Clinton “constituted a gross abuse of power.”

Lewinsky, who came to the White House as an intern became involved in a sexual relationship with former President Bill Clinton who was married to Hillary Clinton. Their notorious affair met with a public outcry and an impeachment process against Clinton was launched.

In a recent essay written for Vanity Fair, she said that she has been rethinking the issue of consent in her affair with the former US president back in 1998.

"Now, at 44, I’m beginning (just beginning) to consider the implications of the power differentials that were so vast between a president and a White House intern," Lewinsky wrote for Vanity Fair.

© AFP 2020 / JAVIER SORIANO
Matt Damon Under Fire For 'Tone Deaf' Comments on Hollywood Sexual Abuse
"I’m beginning to entertain the notion that in such a circumstance the idea of consent might well be rendered moot,” she added.

She went on to say that the #MeToo movement, launched by women against sexual abuse, motivated her to look at the situation in a different light.

"I — we — owe a huge debt of gratitude to the #MeToo and Time’s Up heroines," Lewinsky wrote. "They are speaking volumes against the pernicious conspiracies of silence that have long protected powerful men when it comes to sexual assault, sexual harassment, and abuse of power."

Lewinsky also mentioned that following the scandal over her affair with Clinton, she was left with post-traumatic stress disorder.

She said that she now sees that her relationship with Clinton was full of "inappropriate abuse of authority, station, and privilege."

Her article caused heated debate on Twitter. Many expressed their support for Lewinsky.

​Some criticized Bill Clinton saying that his actions were an abuse of power and that he took  advantage of a young girl.

​The head of state first publicly renounced his relationship with Lewinsky in 1998,  then he admitted that he  actually had  intimate relations with her, after which he was accused of perjury.

The #MeToo movement was launched on social networks by those who have experienced sexual harassment and violence. The movement became a global phenomenon in October 2017 after Hollywood actresses accused producer Harvey Weinstein of sexual misconduct.