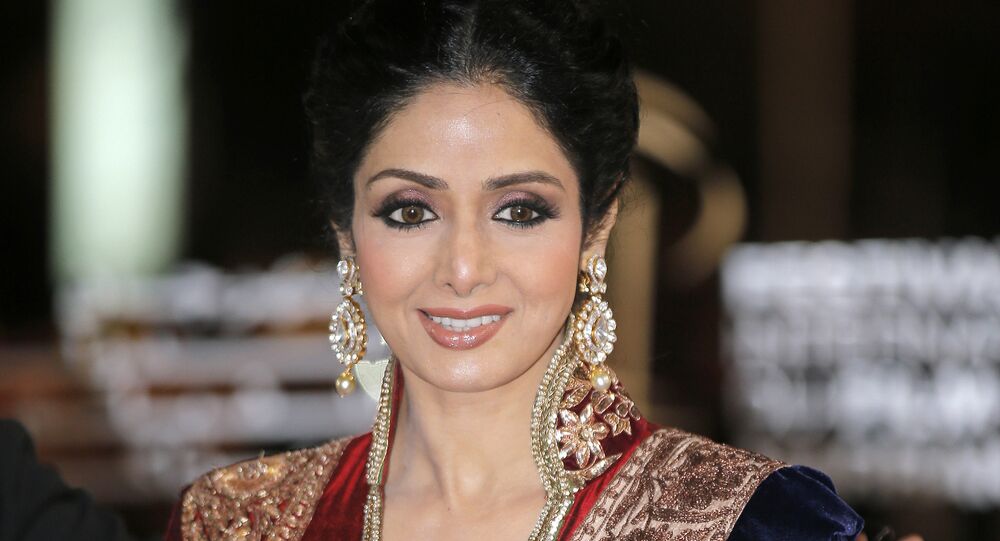 Sridevi Kapoor, one of India’s most beloved Bollywood actors, died suddenly in Dubai this weekend at the age of 54.

The Press Trust of India reported that Kapoor died after suffering a cardiac arrest during a family wedding in Dubai, the United Arab Emirates.

Throngs of people gathered outside Kapoor's Mumbai home on Sunday and floods of tributes poured in on social media from politicians, film colleagues and fans who enjoyed the actor's work over five decades.

"I have no words. Condolences to everyone who loved Sridevi. A dark day. RIP," popular actor Priyanka Chopra wrote on Twitter.

"Saddened by the untimely demise of noted actor Sridevi," Indian prime minister Narenda Modi tweeted. "She was a veteran of the film industry, whose long career included diverse roles and memorable performances. My thoughts are with her family and admirers in this hour of grief."

"I think she really was one of India's first female superstars," Bollywood critic Rajeev Masand told CNN. "It didn't matter who the male actors where, the movies were shouldered by Sridevi."

"In commercial films, she was able to deliver great performances. Even when she was doing absurd stuff like playing a snake in the movie Nagina, the performances were amazing," he added.

Kapoor was renowned for her acting and dancing skills, ever since she starred as a child actor in the Tamil film industry, which led to her winning her first lead role in the Bollywood epic Solva Sawan.

She appeared in Hindi, Malayalam and Telugu films and performed with many leading male actors including Kamal Haasan, Amitabh Bachchan and Rajinikanth.

"She had an invisible wall around her and she does not let anyone cross that," said film director Ram Gopal Verma on Sunday, the Guardian reported.

In an interview with the New Indian Express in 2013, Sridevi admitted that she did not have a carefree childhood.

"I lost out on going to school and college life but I got into the film industry and worked without a gap — from child actor I went straight to heroine. There was no time to think and I was grateful for it," she said.

"In order to get something you have to lose something. You can't have everything in life. So I am happy with what I got."

The actor's last film appearance was in Mom (2017), playing a mother taking revenge for the rape of her daughter.

The director of Mom, Subhash Ghai, called Kapoor "the uncrowned queen of acting in all languages in her times."

"I am deeply grieved for this shocking loss," he said on Twitter. "Sridevi has not [just] been one of the finest actors but the finest actor of Indian cinema since 1985."

Sridevi is survived by her husband, movie producer Boney Kapoor, and her two daughters, Jhanvi and Khushi.