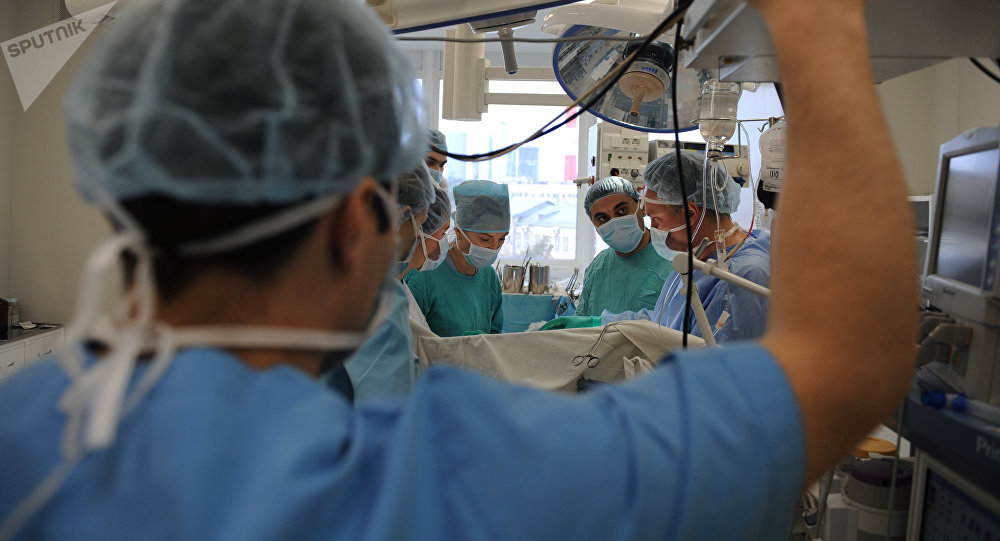 In a remote hospital in a province of Kyrgyzstan in Central Asia, a surgeon has reportedly accomplished what seemed to be a barely possible mission to prevent massive blood loss.

Elzar Toktonazarov, a doctor in a local hospital, pressed a patient’s severely cut blue vessel for eight hours straight while waiting for his colleague to arrive and assist him from the capital city Bishkek.

He made a post on Facebook in which he briefed on the patient’s diagnosis and what he had to do while expecting a vascular surgeon to arrive from Bishkek.

He stated that a 30 year-old man had been brought in a serious medical condition to a local Bakay-Atinsky hospital  on February 21, after he had been stabbed in the chest  in a drunk fight.

"It was a serious penetrating injury of the right front part of the chest at the third-rib level, with a linear cut of the upper empty vein about 1 centimeter in length and accompanied by heavy bleeding."

The vascular specialist from Bishkek hospital, despite being called immediately, arrived only eight hours later to stitch up the vein. The patient is now reported to be in a stable condition.

US Doctor Accused of Molesting Female Gymnasts, Sentenced to Years in Prison