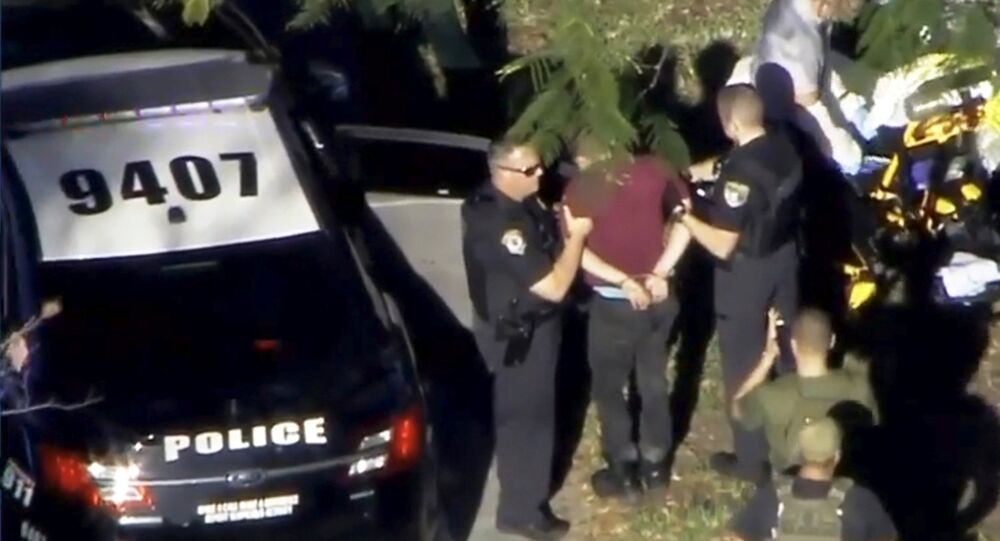 "Scot Peterson was absolutely on campus through this entire event. He was armed. He was in uniform," said Sheriff Scott Israel in a Thursday press conference. "After seeing video, witness statements and Scot Peterson's very own statement, I decided this morning to suspend [him] without pay, pending an internal investigation."

Israel added that Peterson's resignation did not signal the end of his investigation and that Peterson had met the necessary requirements for retirement.

"We're not going to disclose the video at this time, and we may never disclose the video, depending on the prosecution and the criminal case," Israel said. "But what I saw was a deputy arrive at the west side of building 12, take up a position — and he never went in."

A reporter asked the sheriff what Peterson should have done. Israel replied that the deputy ought to have "went in. Addressed the killer. Killed the killer."

"I am devastated. Sick to my stomach," said Israel. "He never went in. There are no words."

The shooter Peterson was supposed to confront was 19-year-old Nikolas Cruz, who was captured on surveillance footage arriving at, and later leaving, the school grounds during the February 14 shooting. A former student, Cruz pulled the fire alarm and then made his way through the school, opening fire on the students with a legally-obtained AR-15 semi-automatic rifle as he went. He left the school grounds and was apprehended shortly thereafter. He has since confessed to the crime.

The horrific incident has reignited the national debate on gun control, bolstered by the high visibility of survivors on both conventional and social media. They have organized Never Again MSD, a gun control advocacy group that is planning nationwide protests against gun violence slated for March 24.

US President Donald Trump has announced his intentions to institute policies to prevent further shootings. He expressed support for raising the minimum age for gun purchases to 21, stronger background checks into prospective buyers and a ban on bump stocks that allow semi-automatic weapons to mimic assault weapons.

More controversially, Trump has also suggested a program to arm and train a percentage of teachers with concealed firearms.

Israel described Cruz's social media posts, such as a YouTube comment reading "Im going to be a professional school shooter," as "very, very disturbing." He called for a strengthening of the Baker Act, a Florida state law that allows authorities to detain and institutionalize people believed to be dangerous to themselves or others.

Specifically, he called for the law to also allow authorities to detain or institutionalize individuals based on disturbing social media posts. "If they see something on social media, if they see graphic pictures of rifles and blood and gore and guns and bombs, if they see something, horrific language, if they see a person talking about 'I want to grow up to be a serial killer,'" Israel listed on February 16 as examples of behaviors that should fall under the scope of the Baker Act.