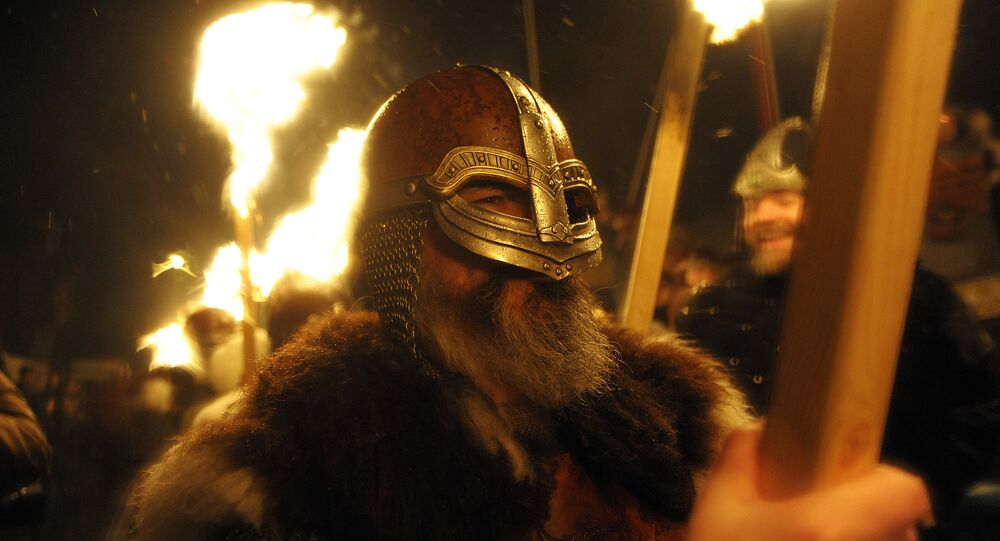 Archaeologists unearthed a 1,200 year-old comb as they were doing excavations in Ribe, a historic market town in Denmark.

When a team of Danish scientists first came across the fragments of the comb two months ago, they dismissed the find as a trivial one, since combs are the most typical remains from the Viking era. A later call from the conservation laboratory where all the found remains are stored in line with the procedure, made the archaeologists rush back to the lab, and with good reason.

The comb featured several decipherable lines spelling out a word in the ancient Viking rune alphabet. It is just about one word – “comb” as a noun, and "to comb" as a verb, but the find is very revealing, archeologists state, as it also sheds light on how writing was linked to urbanization in the Viking’s heyday.

As one of the earliest examples of Viking inscriptions, the comb provides evidence of the birth of the new 16-character runic alphabet that came into use around 800 AD in substitution of a more complicated alphabet known as the 24-character futhark. The new runic alphabet was used for centuries to come.

"We are seeing the birth of something major in Scandinavian history," archaeologist and excavation leader Søren Sindbæk, from Aarhus University, Denmark told CNN. "It's a very rare discovery… We were a bit embarrassed that we hadn't even thought about cleaning it a little."

Even more so since alongside the comb, a small plate made from bone or antler was unearthed. Archaeologists are still uncertain about what the inscription on it means, but suspect this could be a spelling of the personal name "Tobi."

The use of words presumably points to different purposes which the alphabet suited – practice of writing skills in the first and ornamentation – in the second case.

"While the comb shows some scribbling," said Sindbæk, "the other inscription has very formal runes, that were clearly part of the decoration of the object."

Sindbæk suggests that the labelled comb could have been used for teaching, exchanging, or a kind of playing with the skill of writing – the fact which in turn demonstrates the spread of literacy among the Vikings.

"As more finds like this are discovered," Gareth Williams, a Viking specialist from the British Museum told CNN, "it becomes more likely that a significant proportion of the population in the Viking Age could read and write."