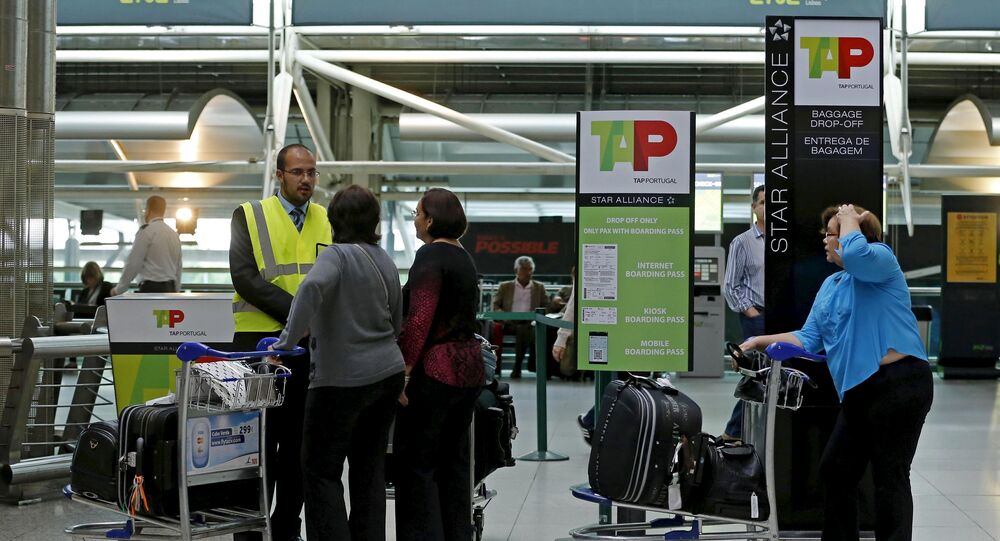 A 32-year-old Brazilian man was arrested at the Lisbon Airport in Portugal after authorities caught him carrying two pounds of cocaine in - get this - his fake derriere.

The unidentified man, who was traveling from Belém do Pará in northern Brazil to Lisbon, Portugal, stored the drug in a fake rear sewn into his blue swim shorts.

On Tuesday, the Judicial Police of Portugal announced the man's arrest on their official website. Police also later arrested another 40-year-old man believed to be the alleged recipient of the cocaine shipment.

Carrying cocaine for personal use has no criminal penalty in Portugal since the country decriminalized all drug use in 2001. Under the country's decriminalization laws, however, drugs are not freely available and are not legally sold. If someone in Portugal is caught with a small quantity of a narcotic, which is defined as 10 days' worth of drugs for personal use, they will only face non-criminal "administrative" charges. However, possession of more than 10 days' worth of drugs is still illegal.

According to Portuguese authorities, the suspected drug smuggler had 5,000 doses of cocaine in his faux rear.

The two men are currently in custody and face charges of drug trafficking by the country's National Anti-Narcotics Tracking Unit. Their trial has not yet begun.

The drug bust comes a month after Portuguese police found more than 1,600 pounds of cocaine hidden inside fake pineapples at a Lisbon port. Nine gang members were arrested for transporting the drugs from South America.

High Statistics: France to Include Money From Illegal Drug Trade in GDP