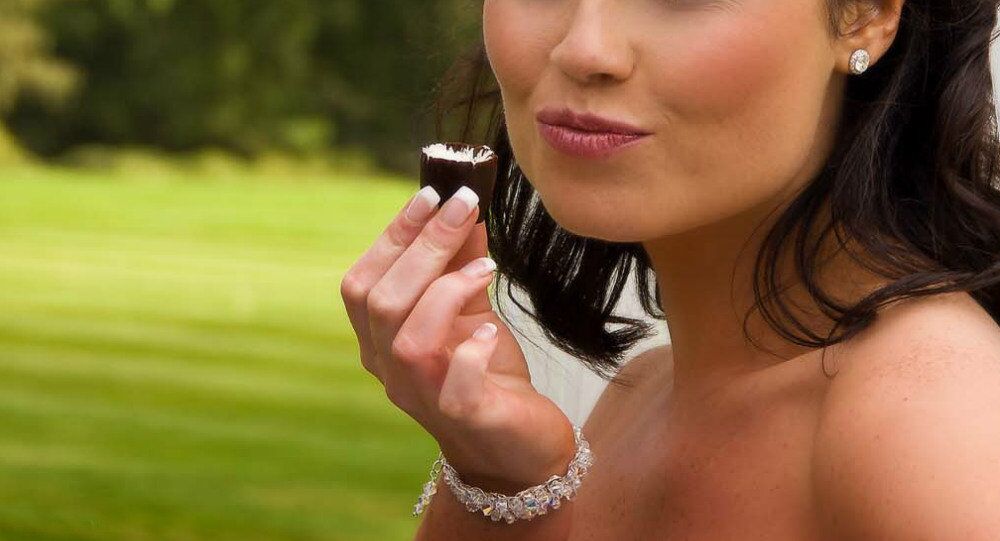 New findings reveal that fast eaters could lose weight by simply taking longer to chew their food and pausing between bites instead of gobbling their entire meal up quickly.

The study, published this week in the journal BMJ Open, revealed that there may be a link between eating pace and weight loss. Only 21.5 percent of participants in a self-defined slow eating group were obese, compared with more than 44 percent of a self-defined fast-eating group, Channel News Asia explained. Participants who said they ate at a normal speed were 29 percent less likely to be obese, while those who ate slowly were up to 42 percent less likely to be obese.

Although the study speculates there is an association with eating speed and obesity, it does not prove that eating speed either causes or prevents obesity.

"Changes in eating speed can affect changes in obesity, BMI and waist circumference," researchers from Japan's Kyushu University recently wrote in the report.

"Interventions aimed at reducing eating speed may be effective in preventing obesity and lowering the associated health risks," they added.

The World Health Organization considers those with a body mass index (BMI), a body mass-to-height ratio, of 25 to be overweight and those with a BMI of 30 or higher to be obese. However, for this particular study, a BMI of 25 or greater was considered obese.

The participants involved in the study had regular check-ups between 2008 and 2013, during which their BMI, waist circumference, blood pressure, eating habits, sleeping habits, alcohol consumption and tobacco use were all recorded. The check-ups also included blood, urine and liver function tests.

At the beginning of the study, more than 22,000 participants ate quickly, 33,500 ate at a normal pace and 4,200 ate slowly. These participants were grouped into these three groups depending on their own analysis of their eating speed. During the six-year study, the team noticed that changes in eating speed either resulted in increases or decreases in obesity and BMI. The results revealed that those who decreased their eating speeds had reductions in obesity and BMI.

The researchers also concluded that not snacking after dinner or eating two hours before bed also led to reductions in obesity or BMI. Skipping breakfast, on the other hand, did not seem to have any effect on BMI and weight.

One of the main limitations of the study is that eating speed and other behaviors were reported by the participants and are therefore prone to subjectivity. In addition, the researchers did not track how much the participants ate or whether they engaged in physical activity.

Simon Cork of Imperial College London, who was not involved in the study, commented on the findings, saying that they "confirm what we already believe, that eating slowly is associated with less weight gain than eating quickly."

Researchers speculate that this is because it takes time for the satiety signal to travel from the stomach to the brain. In the case of the fast eater, the signal may only arrive in the brain after the person has already consumed too much food.

Katarina Kos, an obesity researcher at Exeter Medical School, also commented on the study, stating that similar research needs to be conducted among non-diabetics in order to eliminate the effect of diabetes medication on weight loss or gain.