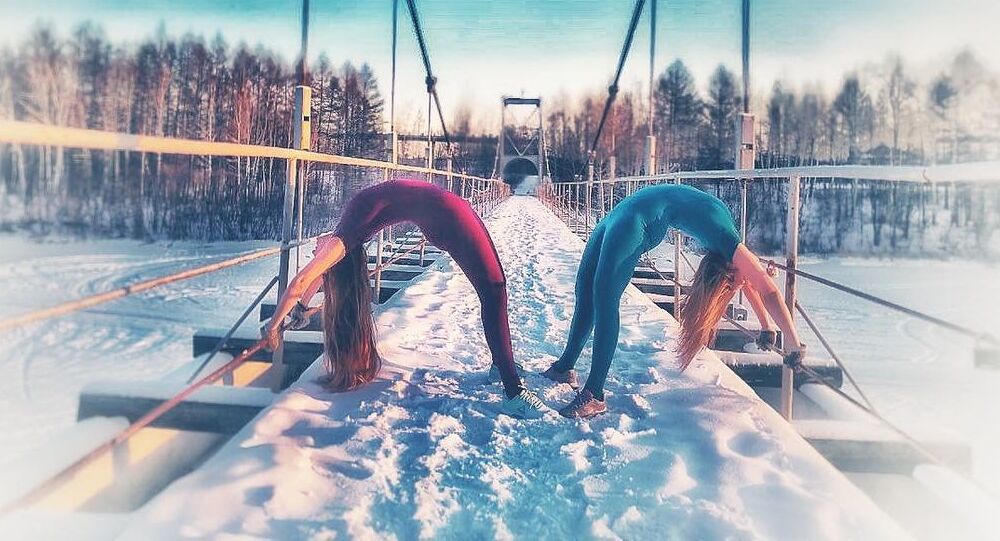 To all those who need motivation to exercise during the lazy winter months, get your act together! If two girls from a far flung town in Siberia can do yoga, almost naked, during temperatures far below zero, anything is possible.

Tynda is a town in Amur Oblast, Russia, known for an important railway junction, informally referred to as the capital of the Baikal-Amur Mainline (BAM). The town has a subarctic climate with severely cold winters. However, this has not stopped two yoga enthusiasts from enjoying yoga outdoors.

Julia and Ekaterina aim to make yoga popular in Tynda and to do so, they wanted to show their town what yoga is all about.

"Yoga is not so developed and popular here in Tynda. We thought about how to change attitudes towards yoga, and decided that we needed ‘strong’ photos that would attract attention, "Julia told the Siberian Times.

According to the yogis, Tynda doesn’t have many stunning architectural buildings, but the area has beautiful nature and severe frost, which the girls decided to use to their advantage.

Julia and Ekaterina are seen in pictures wearing sports uniforms such as tops, leggings and sneakers. That is not enough to keep them warm in a town where temperatures can drop below —40 degrees.

However, the girls make a proper plan before their photoshoot and they have a car parked nearby in which they warm up between photos to avoid frostbite.

According to the girls, many years of doing yoga has helped them bear the extremely cold weather.

Facial Yoga: Scientists Reveal Secret of How to Look Younger

From Downward Dog to Mario: Chinese Schools Use Yoga, Cosplay to Relax Students

Bored With Usual Yoga? Pakistan's Supernatural School is for You