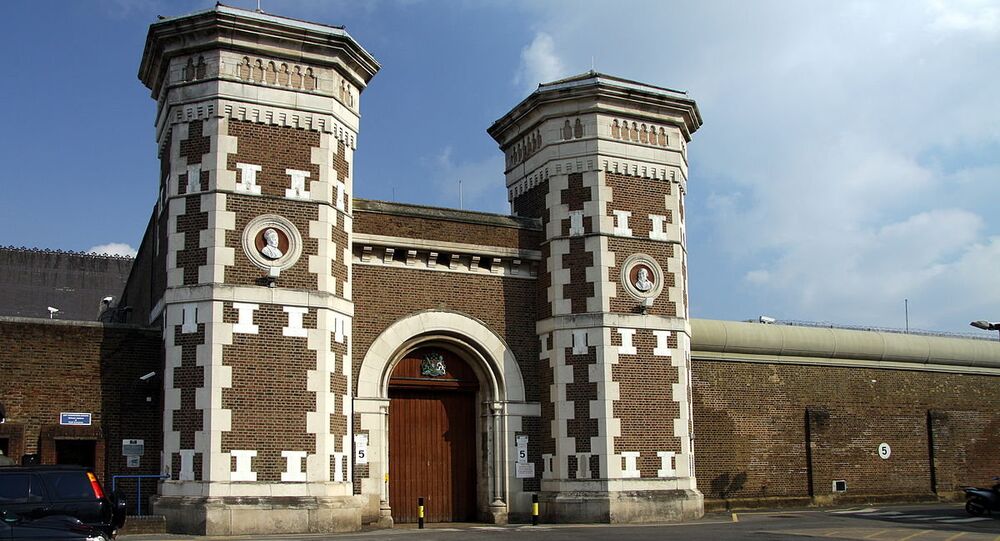 Escalating violence, simmering widespread tension and serious staff shortages have been cited over fears of further deaths inside one of Britain's most notorious jails as prison authorities struggle also to retain experienced existing officers within the overcrowded penal establishment.

The stark warning comes from the Prison Officers' Association (POA) after it was confirmed on Wednesday, January 31, a prisoner had been stabbed to death at Wormwood Scrubs just weeks after the London jail was heavily criticized in a damning official report by HM Inspectorate of Prisons into conditions inside it.

In an interview, Dave Todd, a national executive committee member of the POA, has revealed how the prison is already at breaking point with violent incidents increasing by 10 per cent each quarter as lack of manpower means inmates are being locked up for longer leading to growing frustrations.

Despite a recent recruitment drive aimed at bolstering dwindling prison officer numbers within Wormwood Scrubs, he warned it could take at least three to four years to hire and train sufficient new officers to bring the prison under proper control again — resulting in the risk of further deaths in the meantime.

"The situation is horrendous and there appears no real light at the end of the tunnel over conditions currently being experienced inside Wormwood Scrubs. I honestly fear there will be more deaths there before the problem is finally addressed," he told Sputnik.

"Already the prison has experienced the highest level of violence on both staff and prisoners and the situation is getting worse by the day. Wormwood has already seen a 10 per cent increase over the last quarter — and sadly there is no end in sight to ease this situation." added Mr Todd.

Come and see us at the #Londonjobshow at #Westfield London. pic.twitter.com/lGtNxUPi04

​While welcoming the latest recruitment drive, he warned it normally takes between three and four years for officers to adequately build up their confidence in order to carry out their duties satisfactorily. Meanwhile to make matters worse, the prison authorities are losing growing numbers of experienced officers who now openly fear for their own lives inside the prison.

"The Prison Officers' Association has been engaged with the politicians to try and solve this crisis, but it is going to take time before we can safely take control of the prison landings once again. We need more manpower resources as well as the ability to retain experienced officers through better working practices and conditions. Until then, it doesn't look promising," he admitted.

Overcrowding inside Britain's jails still remains a major factor in the upsurge in violence against "prison staff — and inmates", according to one campaign group.

Andrew Neilson, director of campaigns at the Howard League for Penal Reform, said the new prisons minister is focused on the cleanliness of prison conditions after strong criticisms in recent inspection reports at both Wormwood Scrubs and Liverpool.

"But we should remember that, while clean prisons are important, there are broader questions about the impact of overcrowded prison regimes on safety and people's lives. As long as violence continues to spiral out of control, we will inevitably see more fatalities amongst YOthose in the supposed care of the State," he told Sputnik.

"Bold but sensible action is needed. Reducing the prison population would save lives, protect staff, and prevent more people being swept into deeper currents of crime, violence and despair," the director said.

In an exclusive interview, Robin, an ex-convict and director of the documentary on prisons Injustice, warned deaths in prison have been a significant concern among prison reformers for a long time yet there seems to be little the government is willing to do to stop them.

"There is around a death a day in prison, and a third of these are suicides, which is the most common cause of death," he told Sputnik. "Many of these are not bad people, but people who have made a mistake and get crushed by prison. Wormwood Scrubs is notorious for its violence, with at least one violent incident each day.

"Scrubs has its own problems with overcrowding — there are 1200 inmates and the government is building even larger prisons, and under-staffing — which people don't seem to realise  puts prison guards at greater risk too. There are around 20 attacks on prison staff each day in England and Wales."

Robin revealed the situation is now so bad — "inmates are now protecting the guards' in out of control prisons."

"So it seems that government policy is going the opposite direction of where it should, which can only mean that prisons become more not less dangerous. Frankly, whatever people think of prisoners, the current situation helps nobody, and if you think people will come out of these hell-holes, surely it is best to ensure they come out as better people — not worse! " he added.

Officers and ambulance crews were called to the west London prison at 3.19pm on Wednesday, but the 25-year-old, later confirmed as Saled Khader, was pronounced dead at the scene.

An investigation has now been launched with four inmates at the category B jail having been arrested on suspicion of murder.

Scotland Yard said Khader's next of kin have been informed, and a post-mortem examination will be arranged in due course.

The prison was described in a report published in November as being 'dangerous' for staff and inmates.

The Independent Monitoring Board revealed it as "a dangerous environment for staff and prisoners alike, with multiple violent incidents on most days."

The report said Wormwood Scrubs remained a "dangerous place" with 40 to 50 violent incidents in a typical month.

At the time, the prison — which has about 1,200 male inmates — was said to be "consistently" short of staff.

It also said that Carillion, the organisation contracted for maintenance services to Wormwood Scrubs, which collapsed earlier this month, was "not able to adequately maintain the fabric of the prison".

Built during the Victorian era, Wormwood Scrubs has a capacity for 1,279 inmates. In an official report published in December by HM Inspectorate of Prisons found the jail faced chronic staff shortages, food supply issues and a surge in violence. It warned it was "still not safe enough."